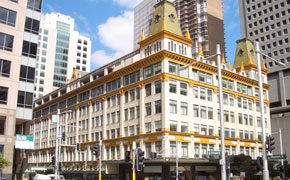 An Australian man kept a dangerous secret from his partner until it was too late — and then said the most extraordinary thing to police.

A Sydney man who knowingly infected his partner with HIV has been jailed for five years after his girlfriend received a Valentine’s Day bombshell she had caught the incurable infection.

The woman, aged in her 50s, called police because he was “a danger and everyone should know” when she discovered he was infected for several years before they met and didn’t inform her of his condition.

He pleaded guilty to causing grievous bodily harm with intent and was sentenced last week at the District Court at Sydney’s Downing Centre. A charge of bestiality that was laid when he was charged last year was withdrawn.

FN, 54, had been in a relationship with the woman, who cannot legally be named, since mid-2016. The pair had unprotected sex despite the fact he had known for over a decade he was HIV positive and had been repeatedly warned by doctors of his legal responsibility to tell his partners.

Within months of meeting N, the woman began to feel unwell, rundown and with multiple mouth ulcers that wouldn’t heal, an agreed set of police facts state. The woman spoke to N about getting checked for STIs and he “lied and said he had not been tested but would do so”.

He finally told her his HIV status in early 2017 but led her to believe it was a recent diagnosis.

According to the police facts, the conversation happened when the couple were driving. N told her: “I’ve got the results of that test”. She asked what they were, but he told her he would tell her “when we stop driving”.

“No, you have to tell me now, I think I can already tell what the answer is.”

He then told her: “I have HIV. I have to take you to RPA with me, they are going to do tests.”

Finally, on February 14, she received the devastating news that she was HIV-positive. Their relationship continued and they both began treatment and counselling with N continuing to suggest his diagnosis was new.

“The victim was increasingly suspicious that clinic staff knew more about the offender’s diagnosis than was being disclosed to her…The offender took steps to hide the information from her, including destroying a letter from the clinic when she questioned him about it,” the facts state.

She finally learnt the truth as a result of “her own inquiries”.

She broke off the relationship and called police who arrested him at his Rozelle workplace on March 22 last year. While he was waiting for a police vehicle to arrive he told an officer after being cautioned his arrest was because “I gave her HIV right?”. He went on to claim they had unprotected sex just once after the condom “slipped off” after they were “pretty drunk and wasted”.

He later claimed he told her about his condition and knew what he had done was wrong.

“I know what I have done is unforgivable…I’ve got to live with the consequences,” he told police.

In the same police interview though he told an officer of his irritation when the victim “got in his face” repeatedly said “what have you done to me”.

During these arguments he tried to tell her HIV was now a manageable infection and “not a life sentence” and likened it to a diabetic taking insulin.

The officer asked him why he was never honest with the victim and he said it was due to him “not wanting my problems to be her problems”, to which the officer replied; “But it is now huh?’’