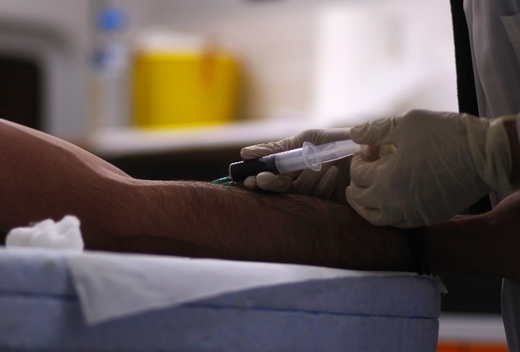 A Winnipeg man has pleaded guilty to aggravated sexual assault after admitting he had repeated, unprotected sex with a male friend knowing he was HIV positive. The 38-year-old accused cannot be named to protect the identity of his victim.

Court heard the victim was diagnosed as HIV positive in July 2010, two years after commencing a casual sexual relationship with the accused.

The accused and victim met through a mutual friend in 2008 and after satisfying each other they were HIV negative began a biweekly sexual relationship, Crown attorney Scott Cooper told court. The accused, however, had learned he was HIV positive one month earlier.

“He was in fact misrepresenting his health status to (the victim),” Cooper said.

In December 2009, a good friend of the accused told the victim he “should be careful” because the accused had tested HIV positive, Cooper said. The accused “adamantly denied the allegation and implied he had been tested,” he said.

The two continued their sexual relationship until June 2010 when the accused “suffered some form of conscience and indicated to (the victim) that at last he had something to tell him,” Cooper said. “He disclosed to him that he was HIV positive.”

The victim, “fearful for his health,” immediately scheduled an appointment to determine whether he had contracted the virus.

The victim told police when he tested HIV positive he confronted the accused, who “never apologized, and seemed to brush it off.”

Court heard the victim had sex with just one other person during that time period, a long-time partner who had tested negative for HIV.

The accused provided a police statement in March 2014 admitting he had withheld the fact he was HIV positive and engaged in unprotected sex with the victim.

Cooper said the accused’s viral load was high enough he would have been charged with aggravated sexual assault regardless of whether the victim contracted HIV.

The accused remains in custody. He will return to court for sentencing at a later date.