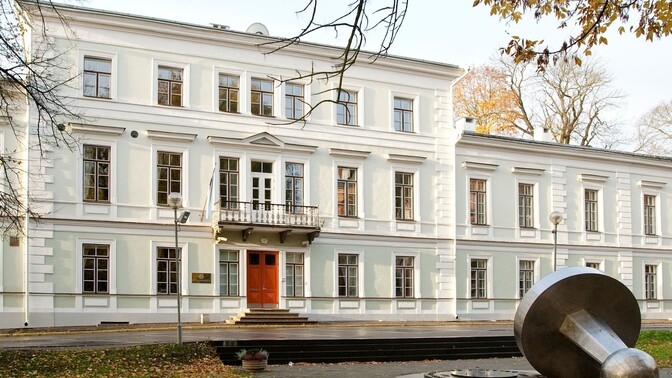 The Supreme Court has ruled that a mother who failed to seek medical treatment for her HIV-positive, adopted child had acted negligently, reinstating an earlier sentencing of eight years’ jail time.

The accused had sought alternative therapies to standard medical care, the court found.

The child, born in 2004, was congenitally HIV positive, and had been adopted by the accused and grew up with her family.

The court stated that no later than March 21 2017, when the accused finally took their child to a specialist after three years of avoiding any contact with the medical system and after it became absolutely clear to them that the alternative therapies allegedly used were not working.

The Tartu-based Supreme Court ruled that: “It was then that what the accused had hoped for, religiosity, a proper diet, belief in the healing effect of a ‘positive’ environment, etc. – by the early spring of 2017 – that it must have been more than clear to them that those measures were unsuitable for preserving the child’s health and life.”

The first-tier Harju County Court had sentenced the accused to eight years’ jail time, which the second-tier circuit court had overruled.

By its ruling, the top court annulled the circuit court’s decision and enforced the original county court ruling.

The Supreme Court stated that, in spite of recognizing dangers, an individual may in some cases recklessly hope that consequences will somehow be avoided.

At the same time, such hope must be tenable and based on specific, reasonable facts, the court found.

No such basis was found in this case, the court found.

The Supreme Court disagreed with the circuit court’s finding that the child’s health had appeared to be in a “fair” condition, on the grounds it contradicted the evidence examined.

The child’s physical collapse was already evident in early 2017, when it was also noticed by outside observers, who had described their increasing apparent pallor, fatigue and weakness.

The child was increasingly absent from school, also.

While the mother’s attention was also drawn to these facts, she ignored the warning signs and falsely stated that the child would receive the necessary treatment.

The accused had labored under the belief that she had sufficient wisdom to treat the child’s HIV and to a level equivalent to that of health-care professionals.

However, the court found, since the latter require specialist skills and knowledge, the woman’s actions involved indirect intent, precisely due to the fact the actions resulted in a damage to the child’s health.

In June 2014, a treating doctor had informed the mother that the child’s immunity had been dangerously weakened and that antiviral treatment needed to be started, but the accused avoided this for the next three years.

Once the accused took the child to a medical specialist, in early spring 2017, three years had elapsed since she could have first sought medical help.

Antiviral treatment was commenced in early 2018, by which time it was too late and the child died in March of that year, as a result of a serious illness accompanied by severe immunodeficiency.

The doctor then told the accused “repeatedly and unequivocally” that antiviral treatment should commence before the following summer – while the accused was aware, the court ruled, that without treatment, HIV can develop into full-blown AIDS, which in turn can be fatal.

Harju County Court had convicted the mother of deliberately causing serious damage to her child by her inaction, which resulted in her death, and sentenced her to eight years in prison.

Tallinn Circuit Court subsequently quashed the verdict and found her guilty of negligent death, sentencing the accused to probation.