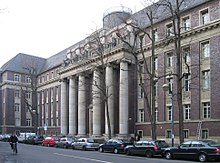 Dusseldorf. Did an HIV-positive man hide his illness from his girflfriend? Or did she consciously accept the risk of unprotected sex? A criminal case in Düsseldorf should have brought the truth to light. But that failed

The trial against an HIV-infected person for unprotected sexual intercourse has been discontinued in Dusseldorf against the payment of 300 euros for AIDS support. The 29-year-old had been under suspicion of concealing his girlfriend’s HIV infection and having had unprotected sex with her. The ex-girlfriend had testified to this. But her version was seen as lacking credibility in court.

Bettina Brost, the judge of the court, could not rule out the fact that the complaint of attempted dangerous bodily harm had been a revenge of the ex-girlfriend after they had separated . The accused had claimed to have told his former girlfriend – like his current wife – of his HIV infection in time.

Display as an act of revenge of the ex girlfriend?

A university physician graded the risk of infection due to a scarcely detectable viral load as negligible. The wife said her husband had actually informed her about the infection in time and she had taken the risk. Neither they nor their common child acquired HIV.