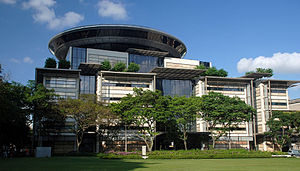 Prospective sexual partners must also be told of risks involved and give their consent.

HIV-positive offenders are duty-bound to inform prospective sexual partners of the infection risk and not just disclose their HIV status, ruled a High Court judge.

The court, in dismissing an appeal by an HIV-positive Singaporean convicted of not informing a victim, also set a new sentencing framework to deal with such first-time offenders who may face jail terms of up to 10 years if their victims get infected.

“Disclosing one’s HIV status may not in fact convey the risk of transmission in some circumstances: some victims may be ignorant, poorly informed or misinformed,” said Justice See Kee Oon in judgment grounds last week.

“In this regard, it would be undesirable for the HIV-positive person to assume or take for granted his or her sexual partner’s appreciation or knowledge of the risks involved,” he added.

In the case, the 28-year-old Singaporean had penetrative and oral sex with the victim more than once without declaring his condition or alerting him to the risk of infection and obtaining his consent to accept the risk as required by law.

The victim later contracted HIV but it is not known if it was the accused who was the cause of the infection.

All parties were not identified in the judgment grounds.

The man was charged in the State Courts under the Infectious Diseases Act in 2016 and contested the case, unlike nine past cases cited by the prosecution where all the accused pleaded guilty.

After a trial, the man was convicted last year and sentenced to two years’ jail by a district judge.

On appeal to the High Court, his lawyers Choo Zheng Xi and Priscilla Chia, had argued that the question of whether the man had provided sufficient disclosure of the risk of HIV infection was to be decided by the courts on the facts of each case. They urged the High Court to cut the jail term.

However, Deputy Public Prosecutors Peggy Pao and Mansoor Amir countered that the district judge had found that the offender did not tell the victim his HIV status at all.

In dismissing the appeal, Justice See ruled it is the risk of contracting HIV that must be communicated and not merely one’s HIV status based on the law.

The judge also rejected the suggestion that because the offender was a relatively young first offender at the time of the offences, the jail term should be reduced.

Noting sentencing precedents involved guilty pleas, unlike the present case, Justice See set a three-band sentence range for first-time offenders who claim trial. At its lowest, conviction could lead to a fine and at its highest, an accused could be sentenced to a 10-year jail term.

Based on the parameters of harm and culpability, a fine or sentence of up to two years may be meted out in a case where there is low risk of transmission and low culpability, with adjustments made for aggravating or mitigating factors.

Similarly, higher risks and greater culpability could lead to jail terms ranging between two and six years. The third band of sentences ranging between six and 10 years would be applied where actual harm occurs and HIV is transmitted, said the judge.

Noting that the law is aimed at deterring HIV persons from placing others at risk through irresponsible behaviour, Justice See held the starting point of a six-year jail term is when actual harm results.

This, he said, would appropriately address the sentencing concerns of deterrence and retribution.

Disclosing one’s HIV status may not in fact convey the risk of transmission in some circumstances: some victims may be ignorant, poorly informed or misinformed.

SINGAPORE — A HIV-positive man who was convicted of having sex with a male partner without informing him of the risks of infection had his appeal against his conviction and two-year jail term dismissed on Wednesday (26 June).

Delivering his judgement in the High Court, Justice See Kee Oon said the 29-year-old man clearly knew that he had an obligation to disclose his HIV status to the victim.

“The fact that he did not do so therefore indicated a heightened level of culpability.” said Justice See.

The victim tested positive for HIV and was interviewed for contact tracing several years after his encounters with the man.

The man, who cannot be named due to a court gag order, challenged his conviction and sentence in April this year.

Represented by lawyers Choo Zheng Xi and Priscilla Chia, the man argued that the district judge who presided over his trial had erred in several areas. These include the district judge believing the victim’s evidence despite his contradictory testimonies.

Justice See noted, however, that these inconsistencies were not “sufficient to raise reasonable doubt”.

“In context, the victim’s evidence was clear: he did not agree that he could have consented to sexual activity with the (man) knowing the latter had HIV.”

The victim’s evidence that he might have forgotten some exchanges showed that he was a “candid witness”, stated Justice See.

The man’s lawyers argued that the district judge had erred in concluding that disclosing one’s HIV-positive status was insufficient to discharge the duty of informing the victim of the risk.

Justice See rejected the argument, saying that the risk of contracting HIV “must be communicated, and not merely one’s HIV status.”

“Disclosing one’s HIV status may not in fact convey the risk of transmission in some circumstances: some victims may be ignorant, poorly informed or misinformed.

“In this regard, it would be undesirable for the HIV- positive person to assume or take for granted his or her sexual partner’s appreciation or knowledge of the risks involved.”

The man’s lawyers submitted for a sentence of not more than 16 months, arguing that the original sentence of two years was “manifestly excessive”.

Facts of the case

The man was found to have engaged in repeated sexual activity with the victim, sometime in 2012 or 2013, after having tested positive for HIV.

A public health officer advised the man to inform his sex partners of his HIV positive status.

He did not do so when he met the victim online and later had sex with him on five to six occasions in 2012 and 2013. While the pair used protection for their first few encounters, they subsequently did not.

Yahoo News Singapore had earlier reported that the man had been infected by HIV while working in a camp in Thailand. He had inadvertently pricked himself with a contaminated tool while assisting a patient. He noticed the symptoms two to three weeks after the incident and later tested positive for HIV.

After testing positive for HIV, the victim provided the contact details of the man and six other sex partners to a public health officer in 2015. He told the officer that none of his partners had told him they had HIV.

The victim only found out that the man was HIV positive after he was informed by an investigating officer.

The district judge convicted the man and jailed him two years on August last year.

For not informing the victim of the risk of contracting HIV infection, the man would have been jailed up to 10 years or fined a maximum $50,000.