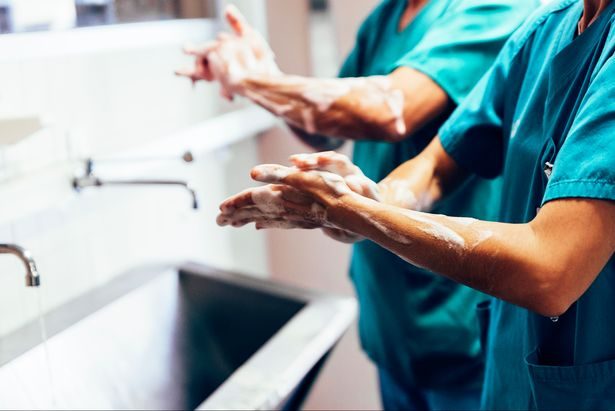 He’s been handed a suspended prison sentence for his actions

The NHS has welcomed news that a Nottingham doctor has been convicted for fraud after he attempted to hide the fact he had HIV.

Tamas Nyary, of Redcliffe Road, Nottingham, who has been a practicing doctor in the UK since 2004, has been suspended from his position pending an investigation.

The doctor, who specialised in trauma and orthopaedic surgery, pleaded guilty to forgery, using a false instrument, causing a computer to perform a function to secure unauthorised access to data and fraud at Nottingham Crown Court on Thursday (June 15).

He received 12 months in prison, which was suspended for two years.

According to the Genera Medical Council, Nyary trained at the Semmelweis University of Medical Sciences in Budapest before coming to the UK and working at five hospital trusts across the country including in Nottingham.

Hundreds of patients received letters in May 2017 inviting them to take part in precautionary blood tests after Nyary was found to be HIV postive. Almost 400 patients were called in for precautionary testing but none had been infected.

NHS bosses have said that counselling was offered to the patients who were affected by the doctor’s actions which they described his actions as a “serious breach of trust”.

Dr David Levy, the regional medical director for NHS England Midlands and East, said: “Nyary’s attempts to conceal his HIV diagnosis were a serious breach of trust and we welcome his conviction.

“Our first priority was to provide reassurance to patients and precautionary blood testing found that none had been infected.

“Clinical evidence shows that the risk of infection was extremely low but this was a worrying time so advice and counselling was offered to these patients.”

A spokewoman for the GMC said: “Dr Nyary is interim suspended – he was suspended following a hearing of the Interim Orders Tribunal (IOT) at the Medical Practitioners Tribunal Service (MPTS) in Manchester.

“An interim orders tribunal can suspend or restrict a doctor’s practice while an investigation continues, if it is necessary for the protection of the public, or otherwise be in the public interest or in the interests of the doctor.

“Our fitness to practise investigation continues – where there are judicial proceedings we would always wait for these to conclude before completing our own investigation.”

The NHS has robust procedures in place that allow HIV positive staff to continue to work safely and present no risk of harm to patients.

A healthcare worker must declare their HIV status to their employer so that those safety precautions and, in some cases restrictions to practise some procedures, are put in place and observed.

As long as a healthcare worker who is diagnosed with HIV takes and maintains a course of drugs which eradicate the virus in the bloodstream they may return to work, providing they follow all appropriate infection control procedures and any other restrictions on their practice that their professional body may order.

In this case, because the doctor attempted to conceal his diagnosis, he prevented his employers being able to put in place the necessary precautionary measures to ensure the complete safety of patients