Gambia does not have an HIV-specific criminal law included in its omnibus HIV/AIDS law, and the National Policy Guidelines on HIV and AIDS 2014 – 2020 do not support a specific offence of ‘wilful transmission of HIV’. However, it does single out HIV in a number of other criminal laws, and section 170 of Gambia’s Criminal Code makes it illegal for a person to unlawfully or negligently undertake any act which they know or has reason to believe is likely to spread a disease dangerous to life. That section has been used in two known cases relating to alleged HIV exposure, both relating to foreign nationals.

The first case (2016) involved a British man who pled guilty to two charges of negligently undertaking an act likely to spread infection of disease dangerous to life after having condomless sex with two women on a number of occasions. Tests showed the women remained HIV-negative. During his plea, the accused explained that he had been HIV-positive for 32 years and that he was adherent to treatment, suggesting it was unlikely or not possible that he could transmit HIV. Further, supporting his claim of effective HIV treatment precluding transmission, the accused’s lawyer explained that he had three children with three different women, none of whom had HIV. It is not known how the courts considered the issue of effective treatment, low/undetectable viral load and risk of transmission. The accused was convicted, fined and deported.

The second case (2016) involved a man from Germany. He also pled guilty to two charges of negligently undertaking an act likely to spread infection of disease dangerous to life, and also to common assault. The charges were laid after he had condomless sex with a woman numerous times, allegedly not using a condom every time. After the woman saw him taking HIV treatment, they had an argument during which he pushed her to the ground. The matter was reported to the tourist police and then to the major crimes unit. The accused was convicted, fined and ordered to pay compensation to the complainant, before he was deported.

It is notable that in both of the only known cases, the accused were foreign nationals. It is also relevant that the prosecutions occurred amidst tumultuous factors related to Gambia’s response to HIV. Firstly, the prosecutions occurred shortly before the disgraced ex-President, Yahya Jammeh, left Gambia. Jammeh, who claimed, “I can cure AIDS and I will”, developed the Presidential Alternative Treatment Program (PATP), which promoted a fraudulent “HIV cure”.  Survivors of the PATP, which ran for nine years, are now seeking legal redress, with some analysts arguing the international community failed Gambians living with HIV by not undertaking stronger interventions.

Secondly, in 2014, Gambia’s National Assembly passed an HIV omnibus law, the HIV and AIDS Prevention And Control Bill, which purported to protect and support people living with HIV, however, in that same year, the government inserted a new “aggravated homosexuality” section in the Criminal Code (§144A), which states that a person who ‘commits the offence of aggravated homosexuality’, who is HIV-positive, is liable to imprisonment for life.

Notably, the Domestic Violence Act includes a section criminalising the ‘wilful sexual transmission’ of HIV and other STIs. It criminalises undertaking or threatening to undertake specific acts, including sexual contact by a person living with HIV without the sexual partner being given prior information about ‘the infection’ (and presumably giving consent to the act).  It is not known if the Act has been used in relation to HIV. 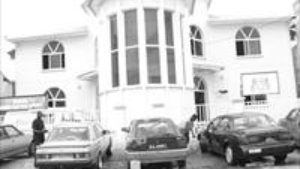 [update]Gambia: 52-year-old German national convicted of negligent act likely to spread infection of a disease dangerous to life, sentenced to pay a fine of D250, 000 or risk a year's imprisonment

Gambia: Briton sentenced to pay a fine after pleading guilty to two-count charge of negligent act likely to spread infection of disease dangerous to life