Although there are no specific provisions in Morocco’s criminal code to punish HIV non-disclosure, exposure or transmission, prosecutions have been carried out under assault law. Two cases have been reported to date, both resulting in not guilty verdicts.

The first case for alleged HIV exposure was originally tried in the Tangier Court of First Instance in 2011 on the basis of premeditated assault, (Article 400, which stipulates that anyone who wilfully injures or harms others or commits any other violence or assault can be sentenced to jail and liable to pay a fine). A final decision, dated 26 February 2015, stated that although the court found that the prosecuted woman knew her HIV-positive status and had condomless sex with various partners (who claimed to be unaware she was positive) this was not an assault because it found that that she had disclosed her HIV-positive status to each of her partners before sex. This decision recognises that acceptance of the risk of by the HIV-negative partner is grounds for exemption from criminal liability.

The second case took place in 2016 when a young man was arrested for a number of ‘crimes’, including alleged intentional transmission of HIV to young women. However, the Fez Court of Appeal dropped the HIV-related charges when he was found to have an undetectable viral load. He was, however, found guilty of having sex outside marriage and sentenced to 2 and a half years in jail, subsequently reduced to 8 month on appeal. ALCS (Association de Lutte contre le Sida), a national NGO which conducted a coordinated advocacy campaign with the CNDH (National Council for Human Rights), welcomed his acquittal.

Anyone who wilfully injures or harms others or commits any other violence or assault, whether they have not caused illness or incapacity, or whether they have caused illness or personal incapacity for work not exceeding twenty days, shall be punished by imprisonment from one month to one year and a fine of 200143 to 500 dirhams or only one of these two penalties. Where there has been premeditation or ambush or use of a weapon, the penalty is imprisonment from six months to two years and a fine from 200144 to 1,000 dirhams

Analyzes the positive or negative impact of laws and their enforcement practices on the HIV response with a section dedicated to the criminalization of HIV transmission (p37.) Advises that the use of criminal law in HIV matters is not the ideal approach to HIV control.
This document is in French. 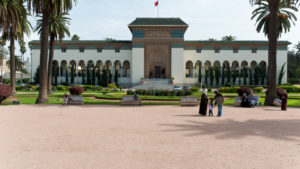