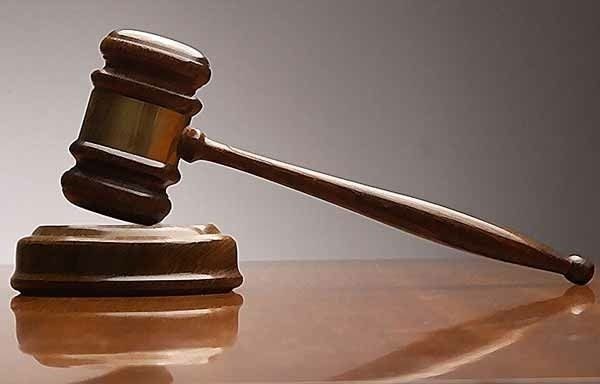 New science had to be considered in Ontario Court Wednesday in the case of a man charged with aggravated sexual assault for not telling his partners he was HIV positive.

The 49-year-old man, who is a carrier of the human immunodeficiency virus and herpes simplex virus (HIV and HSV), faced three women in court during a case that ended with his charges dismissed.

None of the three complainants got HIV as a result of their sexual relationship but one woman is now a carrier of HSV and said she got it from the accused man.

The man – C.B. – was originally charged with three counts of aggravated sexual assault for having unprotected sex with the three women without disclosing his status, plus a charge of sexual assault causing bodily harm for allegedly infecting one of the women with HSV.

While Justice Robert Gee noted the Supreme Court had established that the legal duty of an HIV-positive person is to disclose their status, he also noted in his written decision that court found the possibility of transmission of HIV is negated when the accused viral load is low and condom protection is used.

Viral load is the term used to evaluate how infectious a person with HIV is.

During C.B.’s trial, Dr. Philippe El-Helou, a medical expert in HIV and the director of the HIV Clinic at McMaster University, testified that he has overseen more than 20 HIV medical trials.

He said viral load can range from millions of copies per millilitre of blood to less than 40 copies, which is considered “undetectable” and, in his opinion, not infectious at all.

“The real issue in this case,” said Justice Gee, “is whether a low viral load and condom use is the only way a realistic possibility of transmission of HIV can be negated.”

The Crown argued C.B. still had a responsibility to wear a condom. The defence said there was no realistic possibility of transmitting HIV because of the accused’s very low viral load.

The case was further muddied by the extensive anger of the first complainant.

K.S., a 47-year-old woman who met the accused man through the Plenty of Fish website, discovered C.B.’s medications and seemed to have asked for a financial settlement, threatening to go to the police if he didn’t concur.

Justice Gee said the woman’s hatred of the accused negatively affected all aspects of her testimony and compromised her evidence. Even assistant Crown attorney Will Dorsey admitted she was deceptive and dishonest at times.

Although police warned K.S. not to contact any of the accused man’s other sexual partners, she sought them out and urged them to call the police.

The two other Ontario women also met C.B. online, one on Facebook and another on a website for singles that have HIV and HSV.

All three women said they wouldn’t have dated C.B. if they had known his HIV status.

Justice Gee said the case hinged on whether condom use is the only way to prevent the risk of transmitting HIV or whether it was the only way five years ago in 2012.

“Has the science advanced to the point (that’s no longer the case)?”

Gee agreed with Dr. El-Helou that science has changed, and dismissed the charges of aggravated sexual assault.

Regarding the charge of sexual assault causing bodily harm, Gee said the Crown failed to introduce any medical evidence of how the herpes virus was transmitted to the first woman.

The judge said he would have liked information on how quickly the virus would show symptoms – since the woman went to a doctor just several days after having unprotected sex with C.B. and was quickly diagnosed – and when a carrier is infective.

“Without some medical evidence to assist in determining that (C.B.) is the source of K.S.’s HSV infection, I am left with a reasonable doubt and this charge will be dismissed as well.”

Gee noted the case was “fraught not only with many complicated and difficult legal issues but also with heightened emotions and challenging personalities on both sides.”

One of the women got up and hurried from the courtroom as the judge neared the conclusion of his decision.

Gee commended both lawyers for their professionalism and class in handling the difficult case.