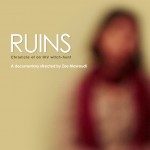 An Athens court on Friday exonerated 11 HIV positive women, three of whom have died, of the charge of intentionally infecting people while allegedly working as prostitutes.

The prosecutor at the trial said there was no evidence to suggest the women worked as prostitutes nor that they had unprotected sex with people, with the exception one of the defendants.

The women had been arrested back in 2012 for allegedly working illegally as prostitutes and their names were publicized, causing outrage among rights groups.

They were arrested after the health minister at the time, Andreas Loverdos, called for the criminalization of unprotected sex with prostitutes.

The women had always maintained their innocence and people in the courtroom broke out in loud applause once the verdict was read out.

In May 2012, in the run-up to the general election, the Greek authorities rounded up hundreds of women from the streets of Athens. They made them take rapid tests for HIV. Those diagnosed positive were charged with prostitution and the intent to spread the virus. Their mug shots, names and personal details were published in the media. They were imprisoned. And they became unwitting pawns in a political game by a system hungry for scapegoats.

Directed by Zoe Mavroudi, RUINS: Chronicle of a witch-hunt features exclusive interviews with two of the women, two of their mothers, lawyers, journalists, doctors and activists, who campaigned for the women’s release.

On Τuesday December 6, three more HIV-positive women who were forcibly tested, exposed and imprisoned in the operation chronicled in our documentary were acquitted from a charge of serial attempt to cause grievous bodily harm by a Greek court.

Lawyers for two of the three women Kostas Farmakidis and Chara Papageorgiou called the acquittal a great victory emphasizing that apart from establishing the women’s innocence the court accepted that earlier testimony by Sp. Sapounas -the doctor who performed forcible tests on behalf of the Greek Centre for Disease Control/KEELPNO- was in breach of the law and that their arrest by police officers was based on insufficient evidence.

The court also made the unprecedented judgement that the women’s mugshots must be removed from websites where they have been posted since 2012 along with names, dates of birth and other personal data following original publication on the website of the Greek police.In his closing argument, the prosecutor Ioannis Panagopoulos recommended the women’s acquittal saying that the authorities responsible for the operation exceeded the limits of proportionality in the protection of public health. At the time of the mass operation which saw hundreds of arrests in central Athens, then health minister for the socialist PASOK party Andreas Loverdos claimed that the women constituted a health bomb . Police and KEELPNO doctors subjected them to forcible blood tests inside vans and police stations without their informed consent or lawful procedures recommended for HIV testing and diagnosis being followed.

On Tuesday, the prosecutor also mentioned a lack of evidence that the three women were sex workers or had unprotected sex with alleged clients and accepted that the only substantiated claim was their intravenous drug use. He also said that alleged clients might have engaged in unlawful sexual exploitation due to the women&#039;s condition. The prosecutor said no evidence was presented to support intent in the original charge (later reduced to grievous bodily harm without intent).

Meanwhile, the Hellenic Data Protection Authority issued a new recommendation this week asking websites to remove the mugshots. The HDPA was one of several independent Greek authorities and organizations widely criticized for failing to take a firm position in defence of the women during their persecution in 2012. In a similar move, former justice minister and Syriza MP Nikos Paraskevopoulos, filed a parliamentary question to the interior minister about the published mugshots and the introduction of legislative reforms to prevent similar violations of personal data protection in the future.

A separate trial of 11 more women which started last month, continues at the Athens Evelpidon courthouse on Monday, December 12. More trials are due to take place in January. A total of 11 women have now been acquitted in relation to the operation that saw 32 prosecutions. The first 8 women were acquitted in 2013.

By Zoe Mavroudi The HIV-positive women who were imprisoned and exposed publicly in Greece in an unprecedented HIV criminalization case are now all free. The last five women who had remained in prison awaiting trial for more than ten months were acquitted yesterday in an Athens court.

A group of HIV positive people, most of them Greeks and all of them women, were arrested and treated like modern day lepers during a police operation launched in the centre of Athens only days before the national elections of May 6, 2012. The women were rounded up by police officers and, without prior consent, they were tested for HIV by doctors from the national centre for disease control. Those who tested positive, 26 in total, were detained on a flimsy prostitution charge as well as the “intent” to harm their clients, a felony charge unprecedented in Greek legal history for HIV positive citizens.

Fortunately, there is good news in the case. The unprecedented felony charge seems to be failing the judicial test. Three women were acquitted last week, while several others have been released gradually in the past five months albeit without the media spotlight heaped on them during their arrest. Even though the ones released have seen their charges reduced to a misdemeanor, their legal battle is far from over as they will have to face the courts again in a process which could take years given the notorious sluggishness of the Greek legal system.

Arrest made in police raid of Athens brothels

Police raided 10 brothels in central Athens as part of the Xenios Zeus operation aimed at detaining undocumented immigrants in the city center.

In a statement on Tuesday, police said the raids were carried out on Monday, leading to 21 people being detained. Twenty of the detainees were women ‘- 15 of whom were migrants -‘ along with one a man.

They have been charged with breaking the law by reopening brothels that had been closed down by the City of Athens. Eleven of the women face deportation, said the police.

Officers also rounded up 54 suspected prostitutes from the streets of downtown Athens. Five of the women, four of whom are Greek, tested positive for HIV and face charges.

Police said that another 140 immigrants were detained during Monday’s operation.