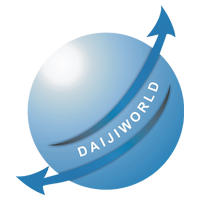 Hunt for Karnataka HIV man who tried to infect wife

Bengaluru, Feb 17 (IANS): Karnataka police have launched a hunt for a man, an HIV positive, for allegedly having unprotected sex with his wife deliberately out of envy to spread infection to her, police said on Thursday. The distraught lady is awaiting her test results.

According to police, the accused committed this act to take revenge from his wife who was all set to break up with him. The police explained that even though the accused was infected with HIV, the victim had agreed to live with him and couple had protected sex. The woman regularly underwent tests to ensure that she was not infected for six years.

In spite of this, the accused was having an illegal affair. The woman, after finding out that the accused had brought a lady home, had moved away from him.

The accused, a cab driver, waylaid his wife last week on her way to work and took her to a friend’s house. He allegedly tricked her to consume drugs and had unprotected sex. The woman is now counseled by Vanitha Sahayavani, (women helpline) staffers. Later, she approached Basavanagudi Women’s Police station for help.

The 28-year-old woman, a divorcee, married the accused in 2015. After that she came to know that he is an HIV positive patient. The accused somehow managed to convince her to stay back with him, putting all the blame on his first wife, police said.

The accused had pocketed Rs 2 lakh from his wife which came as an alimony. It is suspected that the accused made it a habit to marry divorcees promising them a new life for money. The investigation is on.