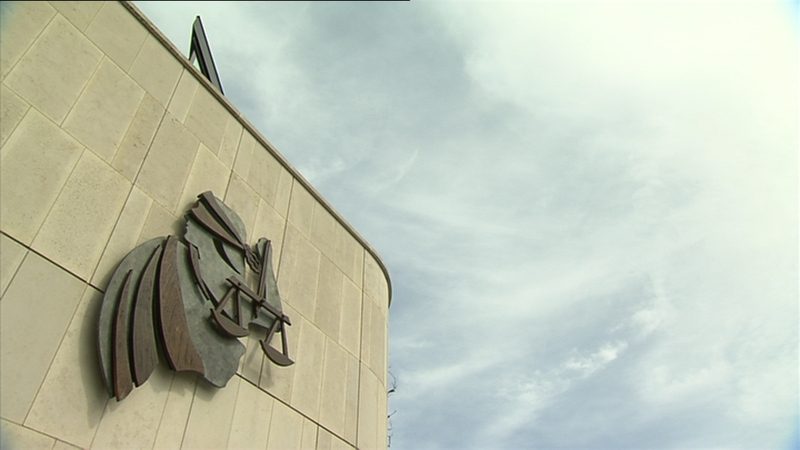 Man sentenced to ten years for infecting women with HIV

A man who infected two women with HIV has been sentenced to ten years in prison by Dublin Circuit Criminal Court.

The women had told the court he had destroyed their lives and affected the health of their families.

The man, who cannot be identified in order to protect the identity of the women, was found guilty earlier this month of causing them serious harm by infecting them with HIV.

He had denied the charges but a jury gave a unanimous guilty verdict.

Garda Colm Kelly outlined the facts of the case to Judge Martin Nolan at a sentencing hearing today.

He said the women both started relationships with the man during 2009 and he had unprotected sex with them.

They were both tested and found to be HIV positive in 2010.

They both said he was their partner and it was later established he had been diagnosed as HIV positive in 2008.

At that time he had been advised not to engage in unprotected sex and had been given anti-retro viral drugs. If taken these drugs would have meant he was unlikely to have passed on the infection.

When tested in 2010 he was found to have a high viral load which suggested he had not taken his medication.

The two women when tested were found to be carrying the same sub-type of HIV with the same mutation as the man.

The man’s ex-wife told the court she married him only because he told her no one else would want her now she has HIV and that he would not be there for their daughter if she did not marry him.

She had discovered she was HIV positive when she became pregnant.

She said she repeatedly tried to get away from him but he pestered her so much she had to leave her apartment and move back in with her mother.

She said he had destroyed her soul and while he had not beaten her physically he had done everything else possible to destroy her.

She said she tried to end her life several times by different methods. She said whenever she went out he would turn up and tell people she had HIV and not to go near her and so she stopped going out.

She said she had lost her car and her job and now relies on disability payments. She said her ex-husband has taken everything she used to be.

She said she used to be full of energy always out running and always there for her daughter but most days now she cannot even get out of bed.

The second woman gave her victim impact statement through a letter read out to the court.

She said physically she has been left infected with AIDS.

She said there were also mental effects on her. She said she was very depressed when first diagnosed.

She also said that she repeatedly tried to get away from the man but he pestered her. He would turn up when she was on a night out and tell people she had HIV and she had given it to him.

She said he had told her she gave it to him but she since found out it was the other way around.

She said he isolated her. She has had to repeat college courses and her ability to look after her daughter has been affected. She said feels cannot have a healthy relationship

Both women said their mothers had become ill through the stress of everything he had put them through.

An African national convicted of causing serious harm to two former partners by infecting them with HIV will be sentenced later this month.

In the first case of its kind here, the State alleged that the 28-year-old man was aware of his diagnosis when he infected the women and that this amounted to serious harm. The man, who lives in Dublin, cannot be named to protect the identities of the complainants in the case. He had pleaded not guilty at Dublin Circuit Criminal Court to intentionally or recklessly causing serious harm to the two women on dates between November 2009 and June 2010.

After an eleven-day trial and just under four and a half hours of deliberations, a jury of nine women and three men returned unanimous guilty verdicts on both charges.

Judge Martin Nolan refused a defence application for bail. He said there was some risk of the man fleeing and that a custodial sentence was quite likely. The maximum penalty for the offence is life. The judge remanded the man in custody to appear again in court on July 26th for a sentence hearing.

He thanked the jury for the carrying out its duty and said the case had been a pretty difficult one with unusual type of evidence.

In his closing speech to the jury on Tuesday, prosecution counsel Dominic McGinn SC submitted that expert witnesses had said that all three parties had the same subtype and mutations of the virus.

Mr McGinn said the complainants had “remarkably similar” accounts and said they used condoms with previous partners. He reminded the jury that it had heard condoms, “if used correctly, effectively stop transmission” and that oral sex does not lead to infection.

He said there was no evidence that any of the complainants’ previous partners were HIV positive. He told the jury the man lied to the complainants’ doctor about his positive diagnosis and “went through the charade” of being tested again for the virus in 2010.

“He knew full well he was HIV positive. He was advised about having safe sex. He admitted that to gardaí and he was given anti-viral medication and he didn’t take it,” Mr McGinn said.

Mr McGinn told the jury that the accused was guilty on both charges against him because he acted recklessly and caused serious harm to the complainants. In his closing speech, defence counsel Paul Greene SC told the jury that both of the complainants told lies in court about their previous sexual history. He suggested this meant their overall evidence was unreliable.

He reminded them that defence expert witness Professor Andrew Leigh Brown’s evidence was that this was the first criminal trial at which he had given expert advice where phylogenetic analysis was not carried out, and that this analysis was effective at excluding potential sources of infection. Prof Leigh Brown agreed with Mr McGinn under cross-examination that this analysis “can never actually establish that one person gave it to another.” During the application for bail Garda Sergeant Mark Waters told Gareth Baker BL that he was objecting to bail on the basis that the man now posed a flight risk.

He said that while he has a number of children here, their mothers have said he does see them. Mr Greene submitted that his client was not a flight risk, was resident here since 2008 and had a real interest in staying here and was still in the process of seeking asylum. He said he was on combination medication therapy here to treat his virus. Counsel said the man, who may also have a child in the UK, had instructed him that his children here were important to him.

A man has gone on trial accused of causing serious harm to two former girlfriends by infecting them with HIV.

The man (27) who cannot be named to protect the identities of the complainants in the case, has pleaded not guilty at Dublin Circuit Criminal Court to intentionally or recklessly causing serious harm to the women on dates between November 2009 and June 2010.

In his opening address, Dominic McGinn SC, prosecuting, told the jury that it is alleged the man was aware of his diagnosis when he infected the women with HIV and that this amounts to serious harm.

He told the jurors that HIV is a life altering virus that can be spread by having unprotected sex and that it can be life threatening if left untreated.

Mr McGinn said the jury would hear that the man was in relationships with both women at the time, but neither complainant knew about the other.

Counsel said there would be evidence that no condoms or barrier protection were used during sex in either relationship.

He said it was the State’s case that in early 2010 one complainant became pregnant and was diagnosed with HIV after a standard screening process. Mr McGinn told the jury it would hear that the man was also tested as a result and that he appeared surprised by a positive diagnosis.

Counsel said the second complainant was tested and diagnosed in June 2010. Mr McGinn told the jury there would be evidence that the man subsequently had babies with both women, but the children did not contract the virus.

Mr McGinn said it was the prosecution’s case that the man had been diagnosed with HIV in March 2008 and was aware of his condition and advised about practicing safe sex.

He said it is alleged the man failed to tell either woman of his diagnosis and therefore caused them serious harm by infecting them with the virus.

Mr McGinn added that the jury would hear from a medical practitioner during the trial about the seriousness of being diagnosed with HIV.

Judge Martin Nolan warned the jury not to look up anyone connected to the trial on the internet or discuss the case with any other parties.

Russia: 28-year-old woman under investigation in Minsk for allegedly infecting another person with HIV

Russia: 21-year-old woman faces up to 5 years in jail for alleged HIV infection through shared needle