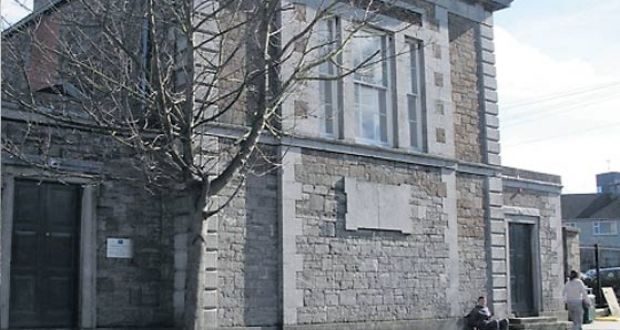 A victim of a stabbing, who spat blood into a garda’s mouth shouting “I have Aids”, has been sentenced to two months in prison.

X (24) who was stabbed in the leg following an alleged domestic incident, became aggressive to Garda Campbell Brennan.

The court heard that, while Garda Brennan was speaking to him, the defendant, who had blood on his face, spat into the garda’s mouth.

The garda had to receive a course of antibiotics and was unable to work for a week as a result of the incident.

The defendant had a stab wound to his leg and started shouting abuse towards gardaí after they removed two young children from the house as they felt it was not a safe environment.

A sample of the defendant’s blood was taken which proved negative for HIV and hepatitis, the court heard.

After the defendant’s solicitor asked if he would be allowed to engage with the probation services, the judge said he was already given the opportunity but had moved addresses so did not receive his appointment notifications.

“He was someone with a stab wound running amuck,” remarked the judge.

The solicitor said the defendant’s behaviour arose out of a domestic incident and “tempers were flared.”

“There was a break down in the relationship and it went further than it should have. It was a terrible thing for the garda to encounter but the clock can’t be turned back,” the solicitor said.

After the solicitor said the defendant had apologised to Garda Brennan, Garda Fitzpatrick said no apology was ever given.

The judge imposed a two-month sentence for the assault charge and said he won’t consider suspending any part of it.