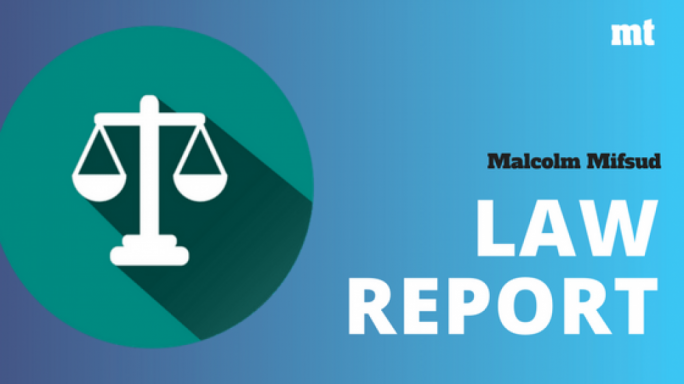 An alleged HIV infection took place in 2012, but the only test carried out by the Court’s expert was in 2016 so there was no sufficient evidence to support the victim’s claims

The prosecution would have to present the medical records of the person charged with intentionally spreading HIV. This was decided in a judgement delivered by Magistrate Dr Aaron Bugeja.

The accused was charged with having HIV and knowingly transmitted the virus to another person or persons and he was also charged with transmitting HIV negligently. These charges are found in Article 244A of the Criminal Code.

The case in hand concerns a homosexual relationship where the virus was allegedly transmitted, therefore, although HIV may be spread in a variety ways, the court would concentrate on homosexual transmission of HIV. The charges are not directed at a person’s sexuality but on whether the person spread the virus.

Magistrate Bugeja pointed out that there is limited caselaw in Malta and therefore the Court also looked at English and Italian law.

The virus can be transmitted either by means of sexual activity or transmission of infected blood or fluids. In the case of sexual activity, the virus can be passed on from the active party to the passive party. The virus can be spread when both persons in the sexual activity knowingly have HIV or else none of them know that either or both have HIV. It is up to the prosecution to prove how the HIV was transmitted. On this the Court has to give special attention to the medical and scientific evidence. In order for a person to be guilty of these crimes the prosecution has to prove that the virus exists in the accused, that the virus was transmitted and it was transmitted to the subject of the crime. The victim of the crime, must obviously not have been infected before. The accused must either transmit the virus purposely or else negligently. In addition to this the accused must pass on the same type of virus he has and therefore, if he transmits a different type of virus, then he cannot be found guilty.

It is not sufficient that the accused of this crime would be aware that he had HIV before six or else he should have known he has HIV. The Maltese law provides that the prosecution should prove beyond reasonable doubt that the infection was intentional or else took place negligently. The fact that the accused knew of his medical condition can be proved by his own admission or else by witnesses, but this has to be confirmed by medical evidence, either by a doctor or else medical records. This has to be objective by means of medical and scientific evidence. For the prosecution to prove negligence is more daunting as it has to be proved that the accused should have known he has HIV. There must be some indication that he has the virus and, therefore, could potentially infect any person he has unprotected sex with.

In this particular, the prosecution produced as the main witness the alleged victim who was infected with HIV. The alleged victim told that court that he had his first homosexual sexual relationship with the accused and a few months later discovered he had HIV. He explained that he had sex for the first time with the accused. The court expert confirmed that in 2016 the accused had HIV. The accused testified that he did not know the alleged victim and did not have sex in 2012 and 2013 because he had haemorrhoids and underwent operations in Malta and abroad. For his operations he was tested and held that the results did not show that he did not have HIV. He explained that he did not do tests because he had a scare when he was diagnosed with cancer, when it was a mistake. He avoided taking further tests. The accused also told the court that he had a steady relationship with one man from 2013, but did not have sex during that year because of his medical problem and operations.

Magistrate Bugeja complained that the prosecution did not produce medical records of the accused and the alleged victim before the alleged relationship and after. The Court could have come to some sort of conclusion if both men had the same or different strains of the HIV virus. There was no medical evidence to show if the accused had, in fact, infected the alleged victim with HIV. The Court also pointed out that the alleged infection took place in 2012, but the only test was carried out by the Court’s appointed expert in 2016 and therefore, there is no sufficient evidence to support the victim’s claims

The Court in a detailed judgement concluded by finding the accused not guilty.

France: Woman to pay compensation for moral damage related to "fear of exposure" after spitting at police officer

Spain: Woman accused of transmitting HIV to her partner acquitted as he was found to have been aware of her status