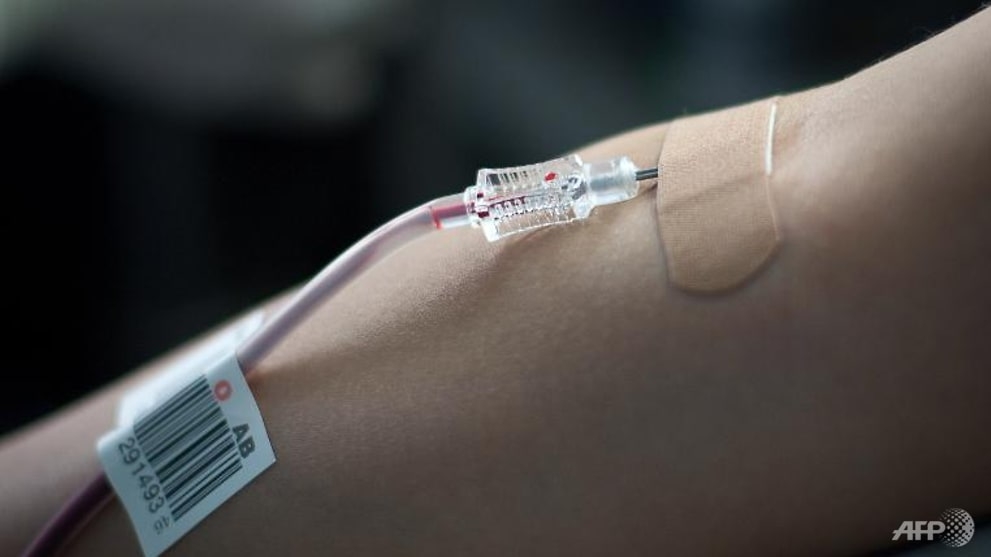 HIV-positive man who donated blood given warning, has charge of lying about sexual history withdrawn

SINGAPORE: A HIV-positive man who donated his blood and was later charged with lying about his sexual history had his charge formally withdrawn on Friday (Mar 12), after a lawyer took up his case.

The 37-year-old man, whose identity remains protected by gag order, had been charged with lying in the Donor Health Assessment Questionnaire on May 3, 2020, at Bloodbank @ HSA. He had indicated “no” to a question that read: “In your entire lifetime: Male Donors: Have you had sex with another man?”

The man told an open court last week that he had gone to donate blood as he wanted to help increase blood supply during the COVID-19 pandemic last year.

He also said he did not declare an oral sex encounter with a man in 2017 as he did not know the term “sex” included oral sex.

He told the court he was depressed after he found out he had HIV, had lost his job and could not afford unsubsidised treatment. His blood was not used as authorities test donated blood before using it.

The judge rejected the man’s plea of guilt as he had qualified it by indicating that he did not know at the time of the incident that “sex” included oral sex.

After the hearing on Mar 3, lawyer Ashwin Ganapathy of IRB Law stepped forward to represent the man.

After Mr Ganapathy made representations for him to the Ministry of Health’s (MOH) prosecutors, a stern warning was issued to the man, and he was given a discharge amounting to an acquittal on Friday.

A copy of the MOH document issued to the man, seen by CNA, read: “You have committed an offence under the Infectious Diseases Act. After careful consideration of the circumstances of your case as disclosed by investigations, as set out below, you are hereby warned to refrain from committing any further offence and to comply with the law at all times.

“If you commit any offence in future, the same leniency may not be shown towards you.”

The penalties he had faced for the charge of giving false information relating to a blood donation were a maximum jail term of two years, a fine of up to S$20,000, or both.

Speaking to CNA outside the court after his charge was withdrawn, the man said he was happy and relieved to have the case settled after about nine months. He said he planned to return to his home country.

He thanked his lawyer as well as organisations Transient Workers Count 2 (TWC2) and Action for Aids Singapore, which he said provided him with help. He said those with HIV and are facing stress should seek help from these organisations.

He also thanked MOH for withdrawing the charge.

SINGAPORE: Claiming he wanted to help increase blood supplies during the COVID-19 pandemic, a man went to donate blood, but made a declaration that he had never had sex with another man before.

However, he later told a doctor he had oral sex with a man in 2017 on a bus in India, but did not indicate it as he thought “sex” did not include oral sex.

His blood tested positive for HIV and was not used. The 37-year-old man was charged last month under the Infectious Diseases Act for supplying false information linked to a blood donation.

The man, who cannot be named due to a gag order protecting his identity, came to court on Wednesday (Mar 3) intending to plead guilty.

The prosecutor read out the statement of facts in full, with the court hearing that the man had gone to Bloodbank@HSA on May 3 last year to donate blood.

Before doing so, he had to fill out a Donor Health Assessment Questionnaire – a legal document that he had to sign and acknowledge.

One of the questions was: “In your entire lifetime: Male Donors: Have you had sex with another man?”

He answered “no”. The first page of the document defined “sex” as various penetrative acts including oral sex, but the court heard that signatures were not required on the first page, and the accused said he had overlooked this bit.

A doctor had confirmed his answers with him, and he affirmed that they were truthful, according to the statement of facts read out in court.

His blood was later tested and confirmed as infected with HIV, and after the doctor explained to him that oral sex was considered sex, the accused admitted that he had unprotected oral sex with a man on a bus in 2017.

The judge rejected the accused’s plea of guilt as he said that the accused had qualified it by saying that he did not know at the time that oral sex was considered sex. This means he did not knowingly supply a false statement, the judge explained.

He directed the case to a pre-trial conference next week, the earliest date possible.

The prosecution is seeking at least three months’ jail and a fine of S$10,000, but acknowledged that the accused admitted to the offence when first asked by the doctor.

The man, who was unrepresented, brought luggage with him to court as he told the court he was ready to go to jail.

He told the judge that he had lost his job eight months ago and can no longer work in Singapore. He said he had spent all his savings and has only S$250 left for rent or food.

He said he is now an HIV patient and cannot afford the treatment, which is not subsidised for him as he is a foreigner.

“Once I came to know about this, I was so depressed (over) the severity of the disease,” he said. He added he was the sole breadwinner for six dependents in his home country.

He said he had answered “no” to the question in the form as he had a “wrong perception”, but agreed with what the prosecutor said.

“Now I’m suffering from this disease. If it (had) been transfused to someone else, they will also be (suffering),” he said.

“I didn’t want to hurt anyone, or release spread of this disease or anything,” he said. “I wanted to in fact help the country during the pandemic, during the crisis. When I went, it was during COVID time and the blood supply was very (little).”

He will return to court on Mar 12 for a pre-trial conference.

The penalty for giving false information relating to a blood donation is a maximum jail term of two years, a fine of up to S$20,000, or both.