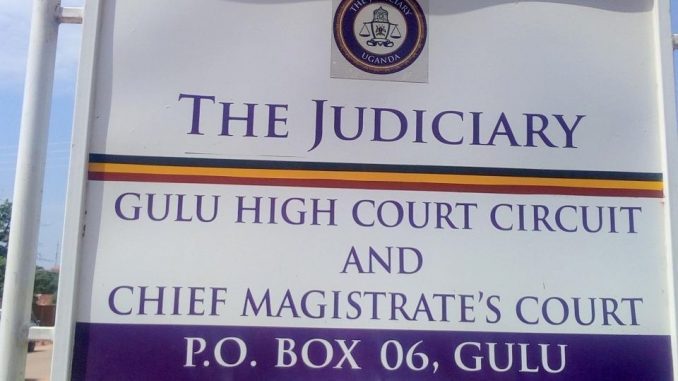 Gulu, Uganda | URN | Gulu High Court has overturned a ruling in which XX, 32, a woman accused of injecting a six-month-old baby with blood infected with HIV/AIDS was found guilty.

Ntalo heard that X injected a six-month-old baby with the blood in December with the help of her co-accused, Y, who was later acquitted.

According to prosecution states that at about 9pm, the victim’s mother, had left the child with a babysitter before X carried him away to the bedroom as Y watched.

Ntalo, in his ruling, said he gathered sufficient evidence from seven witnesses including Dr Okello who examined the victim and tested X and found her HIV positive.

On Thursday 29th, Justice Stephen Mubiru overturned the ruling and acquitted X on grounds that the trial magistrate did not have satisfactory evidence to incriminate her.

Justice Mubiru said that one of the police officers who testified told court that the injuries could have been as a result of an insect bite, while the Doctor who examined the child said a sharp instrument was used to inflict the injuries.

Mubiru argued that to come to a conclusion that the injuries under the child’s armpits could only have been caused by pricking, the circumstantial evidence should have focused on either if some sharp object was recovered.

The Judge further added that the evidence presented stopped at only establishing that the appellant knew her HIV status but no evidence that she used any instrument on herself which she exposed to the victim.

According to Justice Mubiru, knowing that a person is HIV positive is no reason to believe that they should or are capable of transmitting the virus except if an additional action is committed which exposes another person to an infection.

X ‘s lawyer Immaculate Owomugisha from Uganda Network on Law Ethics and HIV/AIDS (UGANET) said the ruling was a landmark to uphold the rights of people who are criminalized basing on their HIV/AIDS status.

The infant’s mother and her relatives broke down in court after Justice Mubiru acquitted X.

She said she was denied justice despite overwhelming evidence presented.

Kitgum — Court in Kitgum District has sentenced a 32-year-old woman to two years in jail for injecting a baby with blood infected with HIV/Aids.

The chief magistrate, Mr Hussein Nasulu Ntalo, on Friday heard that XX injected a six-month-old baby with the blood in December last year with the help of her co-accused, Y, who was later acquitted.

Mr Ntalo said he had gathered enough evidence from seven witnesses, including the doctor who examined the child and tested Kamuhangi.

“The baby sitter, the crime officers who visited the scene and many others, all testified against X. Also, DNA blood samples taken from her at the government analytical lab in Kampala and the blood-stained clothes all indicated she was the actual offender,” he said.

Mr Ntalo said X’s case called for public outcry and she should be separated from the community. He ordered the immediate transfer of the convict to Luzira.

Prosecution states that on December 26 last year at about 9pm, the victim’s mother, had left the child with a baby-sitter before X carried him away to the bedroom as Y watched.

X later returned the baby crying. When the mother examined her baby after the duo had left, she found he had small swelling in both armpits.

She took the baby to Kitgum hospital where the doctors confirmed the swellings were as a result of an injection. The child was put on PEP (Post-exposure Prophylaxis), an antiretroviral medication that prevents infection after being exposed to HIV.

The mother reported the matter to Mr Ronald Okot, the village chairperson of Gangdyang Cell, before she recorded a statement at Kitgum Central Police Station.

The duo was arrested the following day.

The mother expressed her disappointment at the judgment, saying X should have been sentenced to more years considering that the nature of the crime was a capital offence.

However, she said she respects the ruling given the fact that her child was not infected.

In 2014, a 64-year-old nurse in Kampala was accused of injecting a toddler with her HIV- infected blood in the process of administering treatment. Last year, a 42-year-old man in Luweero District was sentenced to 60 years in prison for defiling and infecting his three grandchildren with HIV/Aids.