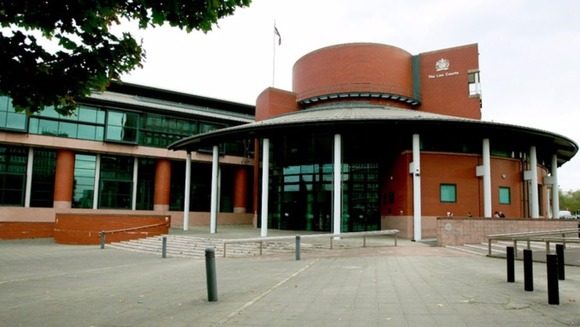 A man who “deliberately” infected two women with the HIV told a court he got the virus when a man sexually abused him.

X, 29, of Fleetwood, Lancashire, was sentenced to six years and nine months in prison after admitting two counts of inflicting grievous bodily harm.

X was diagnosed with HIV in 2008 but failed to disclose the fact to his two victims, who both remain terrified they will pass on the virus to their children.

The court heard following X’s diagnosis he was offered counselling, treatment and advised of his moral and legal responsibilities towards future partners.

But the court heard he disengaged from services and ‘buried his head in the sand’, and slept with the two women – between 2009 and 2016 – without telling them he had HIV.

One of the women told Preston Crown Court that the defendant had “condemned” her to a “life sentence”.

Sentencing, Judge Philip Parry told X he had had a “moral and legal obligation” to bring his status to the attention of any potential sexual partner.

He said: “You wilfully and deliberately withheld your status to two women that you professed to care for. That was deceitful, calculated and manipulative.

“You took the coward’s way out, kept your silence and infected them. You had no right to do so.

“You bore an overwhelming responsibility for your own selfish actions which have left such devastation in your wake.”

Judge Parry also imposed a sexual harm prevention order on X which – until further notice – prohibits him from engaging in lawful sex with another person unless he has told them he has HIV and they understood and acknowledged the disclosure.

Previously, X was subject to an order which required him to provide contact details of partners to Lancashire Police’s public protection unit and then wait for written approval before having intercourse wearing a condom.

The court heard X, of Westhead Walk, was not classed as a dangerous offender but poses a high risk of reoffending by not telling partners about his condition.

A Lancashire man has pleaded guilty to infecting two women with HIV.

X, 29, of Fleetwood, admitted unlawfully and maliciously inflicting grievous bodily harm by having sex with one of his victims on a date between January and May 2016. He had been due to go on trial at Preston crown court over the matter.

He pleaded guilty at an earlier hearing to the same offence involving another woman between January 2009 and September 2010.

His barrister, Julie Taylor, told the court that X was the complainant in a separate, ongoing police investigation into claims he was infected by a man.

The hearing was adjourned for pre-sentence and psychiatric reports. Sentencing was provisionally scheduled for 2 November.

X was granted bail on the conditions of non-contact with the complainants and residence at a registered address.

In June, Blackpool magistrates granted Lancashire police an application for a sexual risk prevention order against X, which requires him to get permission from them to have sex with any new partner.

The two-year order means he must provide contact details of partners to the force’s public protection unit and then wait for written approval before he engages in sex.

Father-of-three, 29, who 'deliberately infected two women with HIV' is told he must get written permission from police before he can have sex

A man has been ordered that he must get written permission from the police if he wants to have sex.

X, 29, must tell police officers of the name of anyone he is proposing to have intercourse with.

Magistrates ruled that HIV carrier X is a risk to the public both in the and abroad and made him the subject of a full Sexual Risk Prevention Order.

The order states that unemployed X, of Fleetwood, Lancashire is a sexual risk to the public which needs protecting from harm.

From now on he must tell the police public protection unit of any potential sex partner and whether he proposes sex.

The order covers both males and females.

He must provide officers with contact details of the person to officers and must wait to get written police permission before he goes ahead with a sex act.

The order granted today also states he must not have any of the forms of intercourse without wearing a condom on each occasion.

‘You must tell the police public protection unit in the area where you live of the identity of the person you intend to have sex with.’

‘You must provide contact details of that person to the unit and get written acknowledgement of the notification.’

The reality of the order means that police will contact anyone X’s wants to be intimate with and officers will make sure the person is aware of his sexual past.

Defence lawyer Patrick Nelligan did not oppose the order and said: ‘Mr X has gained his condition as a result of a crime against him which is being investigated.’

‘He knows his future sexual behaviour must be appropriate. His current partner is fully aware of the situation. If he engages in a sexual relationship with anyone else that person must be told.’

After the hearing police confirmed that father of three X has been charged with causing grievous bodily harm to two women by infecting them with the HIV virus.