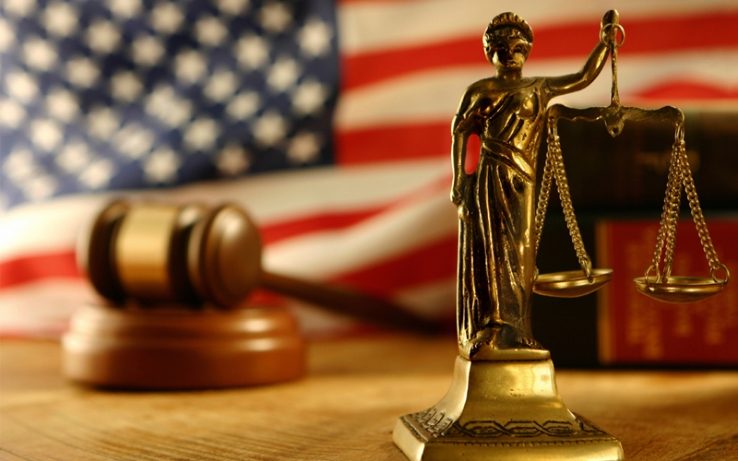 ESCAMBIA COUNTY, Fla. (WEAR) — The man deemed “a danger to society” by an Escambia County jury was sentenced on Friday to 10 years in state prison and five years of probation.

RX was charged with three felony counts of having sex with women without telling them he’s HIV positive.

He pleaded no contest to those charges.

The State Attorney’s Office says X didn’t score in the range to receive state prison as a punishment, so the state put into question X’s danger to the public.

A penalty procedure was held in April. A jury deemed him a danger to society.

According to court records, he will get credit for the time he served in jail which is 612 days.

ESCAMBIA COUNTY, Fla. (WEAR-TV) — The Florida man who was deemed as “a danger to society” by an Escambia County jury had a another competency hearing on Friday.

According to court records, RX was charged three felony counts of having sex with women and without telling them he’s HIV positive.

X pleaded no contest to those charges and testified in court saying ” I’m not a monster.”

The arrest report states X admitted he knew about his positive test result since September of 2016 and believes there are additional victims.

The State Attorney Office says X didn’t “score” in the range to receive state prison as a punishment, so the state put into question Bradford’s danger to the public.

A penalty procedure was held in April and a jury determines X was a danger to society.

On Thursday X asked to court to withdraw his plea, saying he was incompetent at the time.

Court records show, the judge denied the motion and X faces a sentence of fifteen years in prison.

X is scheduled to be sentenced on July 26, 2019 at 9:00 a.m. after Defense Attorney Patrece Cashwell told the judge she had 11 witnesses to see for the case.

ESCAMBIA COUNTY, Fla. (WEAR-TV) — A Pensacola man who admitted to not sharing his HIV status with his sexual partners was back in court on Thursday.

According to court records, X’s attorneys tried to withdraw his guilty plea, but the judge said he will move forward with the case.

We reported back in April that an Escambia County jury deemed X a danger to society after it took them no more than an hour to reach their decision.

Police reports indicated the incidents occurred in Escambia County and Pensacola between September 2016 and October 2017.

X was arrested in 2017, according to records filed and he faces up to 15 years in state prison.

The state attorney says X will be sentenced in July 2019.

"I'm not a monster", Man admits to hiding HIV status

ESCAMBIA COUNTY, Fla. (WEAR-TV) — A man who admitted to having sex with women without telling them he is HIV positive has been deemed a danger to society by an Escambia County jury.

Channel 3 News’ Chorus Nylander was the only reporter in the courtroom.

It took an Escambia County jury no more than an hour to reach their decision– determining X is a danger to the public which means he will get a harsher sentence.

This was a historic case of sorts for the 1st District Court, its first penalty phase proceeding meaning the jury was here not to determine guilt but more broadly if he’s a risk to the public.

Two victims took the stand providing emotional testimony of their account of what happened.
At one point, the jury was asked to leave the courtroom so one of them could compose themselves.

The defense held onto improvements in medicine to control HIV infections for leniency The State saying that’s irrelevant to his crimes X took the stand apologizing to the victims.

“I feel very very horrible about the situation I’ve learned my lesson I’ve never intended to hurt these women I cared for these women I’m not some monster,” X told the Judge and jury.

His sentence will ultimately be up to the judge who will take up the issue on May 17th.

Escambia County, Fla. (WEAR-TV) — A 26-year-old Escambia man arrested for having sex with at least three women and not informing them he was HIV positive has a court date.

RX has a court date set for August 2nd.

According to a report warrant, the incidents happened between September 2016 and October 2017 in Escambia County and Pensacola per the warrant.

X confessed to deputies he is HIV positive, the warrant stated.

A relative listed in the report stated she believed he’s known since 2012 of his sexual status.

Investigators believe there could be more victims.

Prosecutors are convening a jury to determine if a Pensacola man deserves prison time for knowingly spreading HIV.

On Monday, RX, 26, entered a plea of no contest to three counts of communicating HIV to another, according to a press release from the State Attorney’s Office. Each of those counts are third-degree felonies punishable by up to five years incarceration.

However, under the current sentencing guidelines — which calculate an offender’s recommended sentence based on the seriousness of their crime, their criminal history and other factors — X does not score sufficient points to warrant a prison sentence.

Still, Florida law allows for X to be sentenced to prison under one specific condition: if a jury finds that not sentencing him to prison would pose a danger to the public.

The state believes that is the case, and at a sentencing hearing April 8, prosecutors will be presenting evidence to a jury and asking them to find that it is appropriate to sentence X to prison.

X’s arresting documents from the Escambia County Sheriff’s Office claim X had unprotected sex with two women during a period from September 2016 to October 2017. One of the women reportedly saw X with HIV medication, but the woman told authorities he falsely told her that he was just selling the medicine for his uncle.

The woman was later diagnosed with HIV, and she told investigators about the second woman, X’s then girlfriend. That woman said she had been dating X since August 2017 and said X never told her that he had HIV.

ESCAMBIA COUNTY, Fla. (WEAR) — Bond has been denied for an Escambia County man accused of not disclosing his positive HIV status to women he slept with. The bond hearing for 25-year-old RX was held Monday, January 29th.

In court, his docket day was rescheduled for April 18th. According to the State Attorney’s Office, a competency hearing will be scheduled between now and his scheduled docket day.

WEAR ABC 3 previously reported X was arrested in November 2017 for three felony counts of crimes against a person. According to the 2017 Escambia County Sheriff’s Office (ECSO) arrest report, at least three women who had unprotected sex with X told deputies he never warned them that he is HIV positive.

The report states X admitted he knew about his positive test result since September of 2016 and believes there are additional victims. As of January 2018 he remains in the Escambia County Jail under a $100,000 bond.

PENSACOLA, FLA. (WEAR-TV) — A Pensacola man, accused of not sharing his HIV-positive status is heading to court.

RX, who was previously being held at the Florida State Hospital, is back behind bars in Escambia County.

On November 14, he will face a judge for a competency hearing.

X was arrested in November 2017, after Assistant State Attorney Greg Marcille says three different women accused him of failing to disclose his HIV-positive diagnosis before having sex with them.

“It is a crime in the state of Florida to engage in sexual activity without first advising your partner and that person consenting to that sexual contact,” said Marcille.

Marcille says prosecuting cases like this one comes with challenges.

“We actually have to prove that they are aware that they have the illness,” said Marcille. “and secondly, that by engaging in sex with another individual, they could infect the other, their partner.”

There is still no cure for HIV, but Dr. John Lanza with the Florida Department of Health says treatment has come a long way.

According to Florida statute, most sexually transmitted disease charges are misdemeanors, but an HIV charge is a felony. With recent medical advancements, some argue the law needs to catch up.

“No one goes around accusing someone of giving them a cold, and filing charges against them,” said Kamaria Laffrey.

Laffrey is with the Sero Project, a group working to modernize the law in regard to prosecuting those with the virus – including non-disclosure cases like X’s.

“This is a nationwide, actually a global issue of people being criminalized for a health diagnosis,” said Laffrey.

Laffrey says it is everyone’s responsibility to know their status, and believes there should not be a law mandating people disclose their HIV diagnosis.

Cases like X’s do not come around often says Marcille. He has seen less than ten in the past 20 years.

“They do come to our office on an occasional basis, but it is a very unusual type charge for us to receive,” said Marcille.

If found guilty, X faces up to 15 years in prison.

Escambia County, Fla. (WEAR) – The Escambia County Sheriff’s Office has arrested a man for having sex with at least three women and not informing them he was HIV-positive.

The incidents happened between September 2016 and October 2017 in Escambia County and Pensacola, per the warrant.

The first woman stated she tested positive twice for HIV in May and June of 2017. She told authorities RX “never warned her he was HIV-positive.”

The woman stated she had seen X with HIV medication in January or February of this year but he denied having HIV.

Last month, authorities interviewed a second woman who stated she had healthy twins by him. She stated she had a sexual relationship with X in October 2016 and it ended sometime in April or May of this year.

She also reported seeing X with HIV medication but she claims he said it “belonged to his uncle, and he was selling it for him.”

The second alleged victim also tested positive for HIV in June 2017. Deputies said she gave them names of other women with whom X had contact.

In October 2017, another person stated they began having unprotected sex with him in August 2017 until last month.

X confessed to deputies he is HIV-positive. A relative listed in the report stated she believed he’s known since 2012 of his sexual status.

Investigators believe there could be more victims.