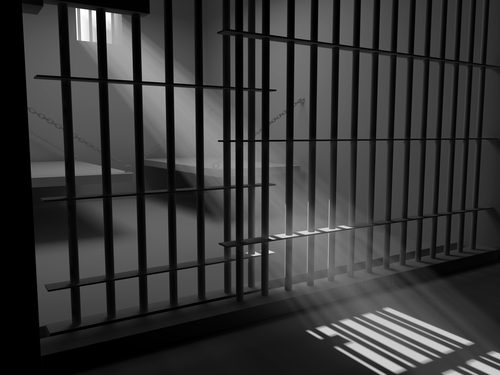 FORT WAYNE, Ind. (AP) — A northern Indiana man has pleaded guilty in a third county to having sex with women and not telling them he was HIV-positive.

He’s due to be sentenced March 7 and could receive two years in prison under the plea agreement.

X pleaded guilty to the same charge in three separate 2017 cases in Allen County and Marshall County in 2017. He received sentences of three years, one year, and 18 months in prison and 18 months home detention.

Court records show several women met X online and had sex with him, unaware of his HIV status.

Man with HIV gets 18 months for not telling sex partners

A Silver Lake man accused of not revealing his HIV-positive status to a pair of Marshall County women before he had unprotected sex with them has received an 18-month sentence.

The sentence will be served with Marshall County Community Corrections once Spoor has served part of a prison sentence for similar crimes in Allen County, Marshall County Prosecutor Nelson Chipman said.

Along with Marshall and Allen counties, X was charged this year and in 2016 for similar crimes in Kosciusko and Wabash counties. Additional charges were added as more women came forward to report X to investigators after learning of the allegations from area media.

“The X case is indeed disturbing,” Chipman said. “At some point we had to start considering where does the incarceration end. In other words, at what point is justice fulfilled, and we are not being vindictive?

“Deputy Prosecutor Lynn Berndt did a thorough job of tracking Mr. X’s other sentences, and despite the defense attorney’s push to have the Marshall County case dismissed, we decided that the punishment he had received in the other counties was still not sufficient for our victims,” he continued. “We did decide, however, that upon completion of his periods of incarceration with the other counties that his sentence from Marshall County could then begin.”

Read more about this in today’s edition of the Pilot News.

KOSCIUSKO COUNTY — A Kosciusko County man will spend another year in prison for withholding his HIV status.

The Silver Lake man is accused of having sex with women and not telling them he was HIV-positive.

The extra year was added after another victim came forward.

X is awaiting trial on the same charge in Marshall County. He’s been convicted of the same offense in Kosciusko County.

FORT WAYNE, Ind. (AP) — A northern Indiana man has been sentenced to three years in prison for having sex with women and not telling them he was HIV-positive.

Thirty-seven-year-old X of Silver Lake was sentenced Wednesday in Allen Superior Court after pleading guilty to three counts of malicious mischief in June.

Online court and prison records show X is awaiting trial on the same charge in Marshall County and has been convicted of the same offence in Kosciusko County.

Court records show several women have told police similar stories about meeting X online and engaging in sexual relationships with him, not knowing of his HIV status.

Silver lake is a Kosciusko County town about 40 miles west of Fort Wayne.

A man awaiting sentencing for having unprotected sex with three Allen County women without informing them of his HIV-positive status beforehand has been charged with the same crime against another Allen County woman.

X, 37, was charged Thursday in Allen Superior Court with one count of malicious mischief, a Level 6 felony, according to court records.

X, allegedly had unprotected sex with an Allen County woman from April 27, 2016 to July 4, 2016 without X telling her he was HIV-positive, according to a probable-cause affidavit.

The woman contacted Indiana State Police after she saw Channel 15’s Facebook page post about X last December. She said she met X through the dating website OKCupid.com on April 25, 2016. He allegedly used the name TX, and she did a criminal background check on that name. When nothing showed up, she said she never thought again about it, the affidavit said.

The woman told police she asked X to wear protection, but he allegedly refused and his HIV-positive status was not mentioned.

X was diagnosed with HIV-1/HIV-2 combination, plus HIV-1 Western on Dec. 22, 2012 and signed a duty to warn on Jan. 3, 2013. X also signed on Oct. 21, 2015, a post-test counseling form from the Indiana State Department of Health indicating he is prohibited from engaging in sexual contact with anyone without first informing them of his HIV-positive status.

X is awaiting an Aug. 2 sentencing for having unprotected sex with three Allen County women without telling them of his HIV-positive status.

X also was charged with the same offense in Kosciusko and Marshall counties.

X was charged with three counts of malicious mischief. He plead guilty to all three counts.

X received the maximum sentencing that he could. He’ll serve three years behind bars and three years on probation. He is also facing the same charges in Marshall and Allen County, too.

According to court documents, he was dating multiple women between 2013 and now. All of those women say they saw him taking medication but he never said it was for HIV.

X’s defense attorney, David Kolbe, says he is very apologetic for his actions. The only thing the defense team could do was to enter a plea deal. “There was no defense to the actions by X to engage in sexual intercourse with a number of females without advising that he was HIV positive,” said Kolbe.

Kolbe says X had to accept full responsibility for his actions. Kolbe also represents him in the case against him in Marshall County.

Man admits not telling women he was HIV positive

Source: The Journal Gazette
A Silver Lake man accused of having sex with several woman and not telling them he was HIV positive pleaded guilty today in Allen Superior Court to three counts of malicious mischief as part of a plea agreement.

Travis R. Spoor, 37, made contact with his victims on dating websites, although he met one in late 2007 or early 2008 through a mutual friend. They then encountered each other again on a dating website, according to court documents.

The plea agreement calls for Spoor to be sentenced to one year on each of three counts of malicious mischief, to be served consecutively, for a total of three years.

Sentencing is set for Aug. 2.

In 2013, Spoor signed a duty-to-warn document in accordance with Indiana law that says people with dangerous communicable diseases have an obligation to warn others they might put at risk.

One woman told police she had consensual sex with Spoor at his Fort Wayne home and at her out of county home through February 2016 when she saw a photo of Spoor with his ex-girlfriend on a social media website.

This woman found out through a news article that Spoor was diagnosed with HIV and contacted Indiana State Police and Parkview Hospital to request lab work. She adamantly denied that Spoor ever revealed he was infected with the HIV virus.

A second woman contacted Indiana State Police in Bremen saying her ex-boyfriend, Spoor, had been arrested on a charge of malicious mischief. She said she met him nearly three years ago via a social networking site. They dated for three months and had unprotected sex at his residence in Fort Wayne and at her home in Wabash, she said. Then she broke up with him when he told her that his ex-wife had moved in with him, according to court documents.

It was the second woman’s ex-husband who told her he found out on the internet Spoor was infected with the HIV virus. She went to Planned Parenthood to check her health.

A third woman also contacted Indiana State Police in Bremen saying that her ex-boyfriend, Spoor, had been arrested on a charge of malicious mischief. She said she met Spoor at the end of 2014 on a dating site and in October 2015 went to Fort Wayne to have consensual unprotected sex. Their relationship ended soon because Spoor was ignoring her phone calls, she said.

Man arrested, charged for not informing partner of HIV status

WARSAW — A Silver Lake resident is likely to face additional charges for hiding his HIV status from sex partners.

An affidavit was filed Tuesday in Kosciusko Superior Court indicating that X, 37, allegedly had sex on multiple occasions with a woman that he met on the dating site Match.com.

Police say that X told the woman that his name was Ray Hildeman. The two spoke over the phone for about two weeks before meeting in person. The woman told police that the man she knew as Ray Hildeman then came to her house on March 5, and spent a week there and that they had unprotected sexual intercourse three times.

The woman told police that she did not know his true identity at the time, and he never told her that he had tested HIV positive.

The woman told police that he left Sunday after she told him that her children were coming home. The victim learned the man’s true identity because he forgot his wallet and she found a license with the name X that included a photo of the man she knew as Ray Hildeman.

The victim then contacted the Kosciusko County sheriff and made a report.

X admitted to police on March 13 that he used an alias on the dating site and that he had had a relationship with the victim and that the two had unprotected sex and that he did not inform her of his HIV status.

X, who lives in southern Kosciusko County, already is facing felony charges in Marshall County for allegedly failing to tell sex partners he was HIV positive. He also is facing additional charges in Kosciusko and Allen counties for similar behavior.

The charges stem from relationships going back to at least 2013. In court documents, prosecutors alleged X knew he was HIV-positive since 2012.

X signed a document on Jan. 4, 2013, saying he would warn potential sex partners of his HIV positive status in accordance with Indiana law, according to the probable cause affidavit. X also signed a post-test counseling form from the Indiana Department of Health that prohibited him from having sexual intercourse if he did not first inform his partners of his HIV positive status.