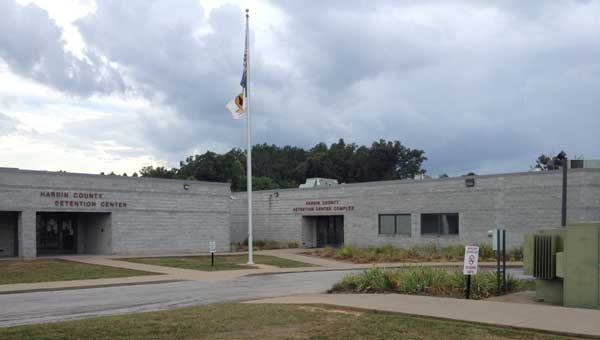 Four Elizabethtown men were arrested early Wednesday morning at a Central Avenue residence, including a man who was charged with a felony count of prostitution.

PX, 23, told Elizabethtown police he had been diagnosed with an HIV strain, according to an arrest citation. X was at the residence and performed a sex act on another man, according to the citation.

HIV — human immunodeficiency virus — weakens an individual’s immune system by destroying important cells that fight disease and infection, according to the Centers for Disease Control. The disease primarily is spread through unprotected sexual relations with an HIV-positive person or someone taking medicines to prevent or treat HIV. The CDC site says it also can be caused by sharing needles or syringes, rinse water or other equipment used to prepare drugs for injection with someone who has HIV.

According to a 2016 Kentucky Cabinet for Health and Family Ser­vices Department for Public Health report, there were 133 known people in Hardin County who have been reported having HIV.

Also arrested at the residence were X’s twin brother, 68, and another man, 47.

Elizabethtown police were called to the residence after receiving reports of a strong chemical odor coming from the home.

When X was searched, police found traces of cocaine on tissue paper and burnt cocaine and marijuana, according to his citation. He told police he had been having sex with a man at the home for money and that he told him Tuesday night he was HIV positive, the arrest report said.

X also reportedly was found to have traces of cocaine on tissue paper and burnt marijuana roaches in his possession, according to police.

Possession of cocaine is a Class D felony punishable by one to three years in prison, if convicted.