Ethiopia does not have an HIV-specific law but the Criminal Code makes it an offence for a person to transmit a communicable disease. Neither the Code nor the specific article (§514) clearly defines ‘communicable disease’ but article 514 has been used in relation to HIV.

Although the wording of the law applies only to transmission, in three of the four known cases, the law has been used to prosecute ‘attempted transmission’ (or exposure). In all of those cases, the accused’s HIV-positive status was considered an aggravating factor relating to other offences: rape (2011), incest (2011), sex with a minor (2011) and sex with a sex worker (2009) (See section relevant sections of the Criminal Code below). According to an article by Ekubu (Samara University School of Law), all cases involved circumstances where the accused was charged with a sexual offence, and their HIV-positive status was revealed during the course of the investigation. It is unclear whether any medical or scientific evidence was presented regarding risk of HIV transmission.

Section 514 does not address disclosure or provide for a defence if the HIV-positive person’s partner is aware of the risk and consents to the act. The “Guideline for HIV Counselling and Testing in Ethiopia” does have additional regulations relating to disclosure, allowing a health professional to disclose the HIV-positive status of a client if they believe that the partner is at risk because their client has not disclosed “after repeated documented counselling sessions (2–3 within two weeks) and the counsellor feels the partner is at risk of infection”.

Note: Ethiopia did not have criminal laws relating to transmission of communicable disease until the 1957 Penal Code was superseded by the Revised Criminal Code 2005.

The Criminal Code of the Federal Democratic Republic of Ethiopia 2004

(1) Whoever intentionally spreads or transmits a communicable human disease, is punishable with rigorous imprisonment not exceeding ten years.

(3) Where the crime is committed negligently, the punishment shall be simple imprisonment or fine.

Where the victim has contracted a communicable disease as a result of one of the harmful traditional practices specified in the above provisions, the penalties prescribed in this Code concerning the spread of communicable diseases shall apply concurrently.

CHAPTER I – Crimes against Moral

Section I – Injury to Sexual Liberty and Chastity

(4) Where the rape is related to illegal restraint or abduction of the victim, or where communicable disease has been transmitted to her, the relevant provisions of this Code shall apply concurrently.

CHAPTER I – CRIMES AGAINST MORAL

Article 628.- Other Grounds Aggravating the Crime.

In all cases involving rape or sexual outrage (Arts. 620-627), the punishment shall be rigorous imprisonment from five years to twenty-five years, where the relevant provision does not prescribe a more severe penalty:

Article 629.- Homosexual and other Indecent Acts.

Whoever performs with another person of the same sex a homosexual act, or any other indecent act, is punishable with simple imprisonment.

Article 630.- General Aggravation to the Crime.

(2) The punishment shall be rigorous imprisonment from three years to fifteen years, where:

Our thanks to UNAIDS and to Australian law firm Hall & Wilcox for their research assistance to confirm current relevant legislation.

END_OF_DOCUMENT_TOKEN_TO_BE_REPLACED 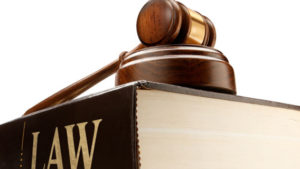 Ethiopia: New report on HIV criminalisation law with a focus on Ethiopia concludes that the use of criminal law to address HIV is anappropriate