There is no HIV-specific criminal law in Gabon and, to our knowledge, there has just been one reported case concerning HIV ‘exposure’, a 2019 civil case in which a woman sued her husband for alleged intent to transmit HIV to her. The outcome of the case is not known.

A proposal for enacting an HIV-specific law was put forward in 2011 but following strong advocacy from local organisations and international agencies, the proposed bill was subsequently abandoned. It does however resurface on a regular basis during meetings attended by the government and is continually been opposed by civil society organisations who remain vigilant.

Report presenting the results of a survey on HIV criminalization in African countries where French is spoken (hereinafter "Francophone Africa"), conducted from May to September 2017.
Authors: Stéphanie Claivaz-Loranger & Cécile Kazatchkine for the Canadian HIV Legal Network and HIV JUSTICE WORLDWIDE 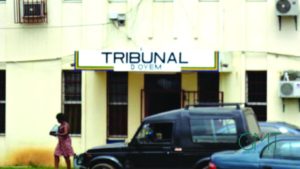