HIV criminalisation in Paraguay has occurred under general criminal provisions within the Penal Code. There was previously an HIV-specific provision within an omnibus HIV law, though that has now been repealed.

In 1991 the Congress of Paraguay approved Law No. 102/91 on the Standards for the Control and Prevention of the Acquired Immune Deficiency Syndrome (AIDS). Article 26 of this law stated that anyone who intentionally attempted to transmit HIV to another is subject to criminal sanctions, though the sanctions imposed were not explicit. In 2009, Law No. 102/91 was superseded by Law No. 3940/09 on Establishing Rights, Obligations and Preventive Measures in Relation to the Effects Produced by the Human Immunodeficiency Virus (HIV) and Acquired Immunodeficiency Syndrome (AIDS), which is a protective law that does not contain any criminalising provisions.

The sanctions imposed by the 1991 law were not explicit, but there are several general provisions under the Penal Code that have the potential to criminalise HIV transmission. Article 112 criminalises the intentional or knowing infliction of serious injury, which includes causing a serious illness, with a penalty of up to ten years’ imprisonment. According to Article 115, the offences outlined in this provision can also be resolved through compensation being paid to the victim where that would restore social peace, as outlined in Article 59.

Article 113 criminalises ‘culpable action’ that causes damage to the health of another, which carries a penalty of up to one year imprisonment or a fine. However, Article 114 establishes that there is no offence under Article 113 where the victim has consented to the act in question.

There has been at least one prosecution of HIV transmission in Paraguay. A protracted criminal case against a lawyer accused of intentionally transmitting HIV to numerous women culminated in 2020 with his conviction for causing serious injury under article 112. The man, who is HIV-positive, coerced his sexual partners to have sex without a condom, causing the transmission of HIV and in many cases, resulting in the women having children. In total thirteen victims were identified, nine of whom gave evidence in the case. During the trial it was established that the man was aware of his HIV status and continued to have unprotected sex with these women before ending his relations with them. The man was eventually convicted for intentionally transmitting HIV to at least six women, as well as raping one woman, and was sentenced to 25 years’ imprisonment.

Article 26 – HIV carriers who deliberately try to transmit the disease to other people will be subject to criminal sanction.

Whoever intentionally or knowingly causes the injury to:

2. substantially mutilate or disfigure him/her for a long time;

4. cause a serious or afflictive illness shall be punished by imprisonment of up to ten years.

Anyone who maliciously mistreats or injures another and thereby causes one of the results indicated in paragraph 1, having had it as possible, shall be punished by imprisonment of up to five years. An attempt to do so shall also be punished.

1º Anyone who, through culpable action, causes damage to his health to another, will be punished with imprisonment of up to one year or with a fine

2º The criminal prosecution of the act will depend on the instance of the victim.

There will be no injury, in the sense of articles 111 and 113, when the victim has consented to the act.

Our thanks to Mirta Moragas Mereles and Resurj for their research assistance to confirm current relevant legislation. 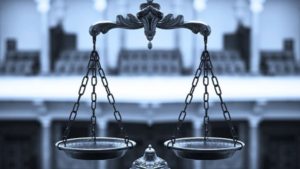 [update]Paraguay: Lawyer sentenced to 25 years in jail for having sex without a condom without informing his partners