Somalia maintains general criminal provisions which have the potential to criminalise both intentional and reckless transmission of HIV. Additionally, Somalian law provides for sentence enhancements for some offences which result in the transmission of HIV.

Article 440 of the Penal Code criminalises the infliction of “hurt” from which physical or mental illness results, which carries a penalty of three months to three years’ imprisonment. The third paragraph of this Article states that where an incurable illness is caused the harm is considered very grievous, and the penalty is increased to six to twelve years’ imprisonment.

Article 441 states that where the acts committed under Article 440 result in death, the defendant is liable for imprisonment for ten to fifteen years.

Article 446 criminalises the negligent infliction of harm, as defined under Article 440. “Very grievous” harm such as that under Article 440 carries a penalty of three months to two years’ imprisonment or a fine.

In 2014 Somalia introduced Law No. 67 of 2014 on the Establishment of the National Commission for the Control of HIV/AIDS, however, this law does not appear to impose any additional duties for people living with HIV.

In 2018 the self-declared independent Parliament of Somaliland also passed a bill criminalising rape and sexual offences, which similarly imposes a penalty of life imprisonment for rape resulting in transmission of HIV. Somaliland is a self-declared state which has failed to gain recognition and is considered part of Somalia by the international community.

There has been at least one case of criminalisation of HIV transmission in Somalia.

In 2017 it was reported that a woman had been arrested following accusations that she had transmitted HIV to several men. The woman was subjected to an HIV test, the result of which was positive. The outcome of this case is not known.

capacity to procreate, or a permanent and serious difficulty in speech;
d) deformity, or the permanent disfigurement of the face; e) the miscarriage of the person injured.

Whoever, with acts directed to commit one of the crimes referred to in articles 439 and 440, causes the death of another; shall be punished with imprisonment; from ten to fifteen years [96P.C.].

4. In the case referred to in the first paragraph of this article, the offender shall be punished on the complant of the party injured [81 P.C.].

Other law (active)
Year enacted
2018
Relevant text of the law

Article 4
Rape
(1) Any person
b) Use of force, coercion or threat of unlawful sexual intercourse with another person without their consent.
b) Engaging in unauthorized sexual intercourse with another person who is unable to consent to an offense is guilty of rape and is subject to a prison sentence of fifteen to twenty years.
(2) The punishment for or against the defendant accused of a crime set out in Clause 1 of this Article shall be a prison sentence of twenty to twenty-five years, if the victim of a crime is a minor aged 15 or over;
(3) A person who commits a criminal offense under the first paragraph of this article shall be liable to life imprisonment if:
b) the defendant inflicts irreversible emotional or physical harm to the victim; or
b) be the cause of the crime by the victim being infected with HIV.
(4) Anyone attempting to commit a criminal offense shall be liable to a prison term of four to seven years.

Article 5
Sexual Abuse
(1) Every person who commits a crime of rape as a member of an organized group, commits a rape and is subject to a prison sentence of between twenty-five years.

(2) If the accused person commits a crime a person who is 15 years of age or younger will be liable to a prison sentence of between three and twenty-eight years.
(3) A person who commits an act of sexual assault shall be liable to life imprisonment, if
b) The defendant has caused the victim no emotional or physical injury; or
b) The crime was caused by the victim having AIDS
(4) A person attempting to commit a sexual assault shall be subject to a prison sentence of five to seven years.’ 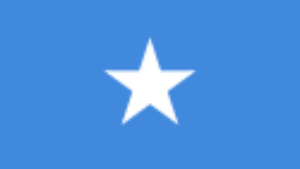 END_OF_DOCUMENT_TOKEN_TO_BE_REPLACED

Somalia: New law against rape in Somaliland with sentence enhancement to life imprisonment when HIV is transmitted