There are no HIV-specific laws criminalising ‘exposure’, non-disclosure, or transmission in Hawaii. However, there has been at least one instance of a general criminal law being used to prosecute HIV potential or perceived ‘exposure’.

In a March 2022 case, a man living with HIV was arrested after an altercation during an arrest in which he allegedly spat saliva containing “bloody mucus” onto the face of a police officer, hitting him in the mouth and eye and impairing the officer’s vision. Saliva, even with the presence of “bloody mucus” is not an HIV transmission risk. In addition, court documents suggest that he had been prescribed a ‘cocktail of pharmaceuticals’ as treatment, potentially reducing his viral load. The man was charged with attempted murder, assaulting a police officer, resisting arrest and first-degree terroristic threatening. In this context, this latter charge requires threats, by words or conduct, to cause bodily injury with the use of a ‘dangerous instrument’.

A person commits the offense of terroristic threatening if the person threatens, by word or conduct, to cause bodily injury to another person or serious damage or harm to property, including the pets or livestock, of another or to commit a felony:

(1) With the intent to terrorize, or in reckless disregard of the risk of terrorizing, another person; (…)

(2) Terroristic threatening in the first degree is a class C felony. 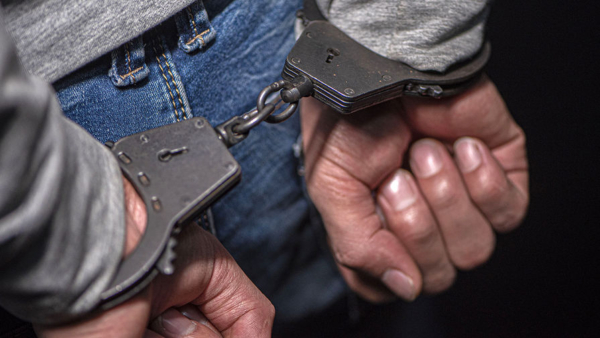 US: Man faces felony charges after resisting arrest and spitting on police officer