Montana does not have any HIV-specific criminal laws in place, however general criminal laws have been used to prosecute HIV ‘exposure’ and alleged transmission in Montana.

It is an offence for someone living with an STI, which is defined explicitly to include HIV, to ‘knowingly expose’ another to infection. ‘Exposure’ is not defined in the provision, and there is no mention of any defences such as for condom use, effective treatment, or prior disclosure and consent. Violation of this provision is a misdemeanour, carrying a penalty of up to six months’ imprisonment and/or a fine, but we are not aware of any prosecutions of people living with HIV.

People living with HIV in Montana have been prosecuted under the general criminal provision of ‘criminal endangerment’. This offence requires knowing engagement in conduct which carries a ‘substantial risk of death or serious bodily injury’, punishable with up to ten years’ imprisonment and/or a fine.

In 2012, a man was charged with criminal endangerment after allegedly failing to disclose his HIV status to his partner throughout their relationship, with the partner claiming he acquired HIV from the man. The man eventually pleaded guilty to the lesser charge of negligent endangerment as part of a plea deal in 2014, and was sentenced to one year imprisonment.

In 2017, a woman living with HIV was charged with criminal endangerment after allegedly biting a hospital security guard during an altercation. Despite media reports to the contrary, biting is extremely unlikely to ever result in HIV transmission. The outcome of this case is not known.

Health laws in Montana also grant officials the power to compel people suspected of living with STIs to undergo testing, treatment, quarantine, and isolation. Failure to comply with these orders can result in the issuance of a fine.

Infected person not to expose another to sexually transmitted disease

A person infected with a sexually transmitted disease may not knowingly expose another person to infection.

(1) A person who knowingly engages in conduct that creates a substantial risk of death or serious bodily injury to another commits the offense of criminal endangerment. (…)

(3) A person convicted of the offense of criminal endangerment shall be fined an amount not to exceed $50,000 or imprisoned in the state prison for a term not to exceed 10 years, or both. 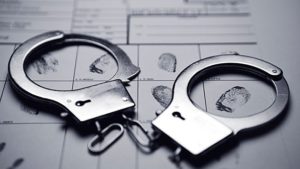 US: Montana woman living with HIV charged with criminal endangerment for allegedly biting a security guard

END_OF_DOCUMENT_TOKEN_TO_BE_REPLACED

US: Montana legislator's HIV "ignorance in the first degree" exposed and denounced