There are no laws expressly criminalising HIV ‘exposure’, non-disclosure, or transmission in Vermont. However, general criminal laws have been used to prosecute cases of perceived HIV ‘exposure’.

In a 2009 case a man was charged with the felony offence of aggravated assault for allegedly spitting on the face of a police officer during examination in a hospital emergency room. Notwithstanding the exaggerated reporting on the case, spitting carries little to no risk of transmission, and there is no indication that the officer tested positive following the incident.

A case in 2018 set an important precedent about the criminalisation of non-disclosure in Vermont. In the case a man was arrested after he allegedly failed to disclose his HIV status to a woman prior to having sex multiple times, even after being asked directly whether he had any STIs. The man insisted on wearing a condom during the first sexual encounter, although it is not clear whether condoms were worn subsequently. There is no information as to whether the man was on antiretroviral therapy. After the woman reported the matter to police, the man was charged with and tried for ‘sexual assault with no consent’ and ‘lewd and lascivious conduct’ on the basis that his alleged non-disclosure rendered the sexual activity non-consensual. The jury was unable to reach a verdict, and the state sought to retry the man with an additional charge of repeated aggravated sexual assault. In 2020 the Supreme Court of Vermont ultimately refused to allow that charge to be added, finding that the law in Vermont does not criminalise non-disclosure, and that if the state legislature wished to criminalise this conduct, it would have done so explicitly.

Health laws in Vermont permit officials to order the examination or quarantine of people suspected of living with diseases considered ‘dangerous to public health’. Failure to comply with these orders can result in imprisonment for six months and/or a fine.

(a) A person is guilty of aggravated assault if the person:

(1) attempts to cause serious bodily injury to another, or causes such injury purposely, knowingly, or recklessly under circumstances manifesting extreme indifference to the value of human life;

(2) attempts to cause or purposely or knowingly causes bodily injury to another with a deadly weapon; 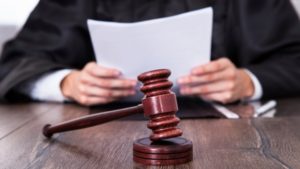