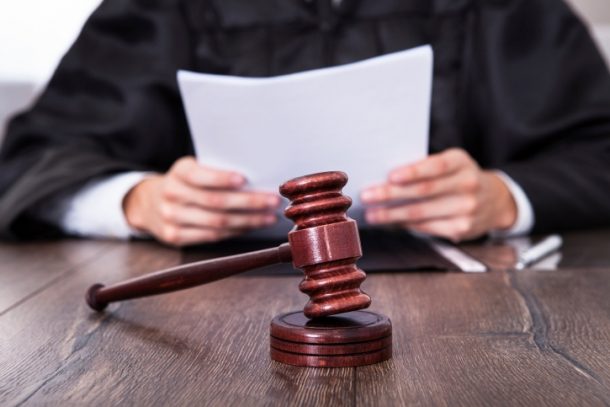 BENNINGTON — The Vermont Supreme Court has rejected the Bennington County State’s Attorney’s office’s argument that lying about one’s HIV status could be used to show probable cause in seeking aggravated sexual assault charges against a local man, Robert Billington.

The court posted a decision this week upholding a Superior Court judge’s decision that “there was not probable cause to support the charge that defendant committed aggravated sexual assault [under existing state law] by fraudulently misrepresenting his HIV status.”

Billington was initially arraigned in December 2018 in Bennington Superior Court Criminal Division on two other charges. While probable cause was not upheld for a charge of aggravated sexual assault, Billington, 36, could still face the other charges, which are related to the same incidents.

He was initially charged with sexual assault with no consent, along with lewd and lascivious conduct — both charges based on a sexual act he is alleged to have forced on the same woman in November 2018.

He was arrested Dec. 6, 2018, by Vermont State Police, who had received a complaint from the woman.

Billington was tried in Superior Court on those two charges in August 2019, but a jury couldn’t reach a unanimous verdict. The state then sought to retry him on those charges and added a third charge of repeated aggravated sexual assault, which was the subject of the recent Supreme Court decision.

Deputy State’s Attorney Alexander Burke, who argued the state’s appeal to the Supreme Court, could not be reached Friday afternoon for comment on the status of charges remaining against Billington.

In Superior Court, Judge John Valente had agreed with Billington’s attorneys that lying about HIV status could not be used to seek the aggravated sexual assault charges under existing state law.

On appeal to the Supreme Court, Burke wrote in a court brief that Billington “repeatedly lied to [the woman] about his HIV status, thus making the sexual encounter nonconsensual The victim never agreed to have sex with a man who was HIV positive.”

Billington’s attorneys argued that there is no provision in Vermont criminal or public health laws that criminalizes a person’s failure to disclose his HIV status before he engages in sex.

Public defender Dawn Matthews, who represented Billington during the appeal, argued that Judge Valente correctly determined that if the state Legislature wanted to criminalize sexual conduct based on non-disclosure of a person’s HIV status, “it would have said so explicitly.”

In its ruling this month, the Supreme Court upheld Valente’s determination, stating in part: “The trial court withdrew its initial finding of probable cause and dismissed the charge [of aggravated sexual assault] with prejudice because it concluded that the Legislature did not intend to criminalize the nondisclosure of HIV status. The court explained that aggravated assault [statute] is predicated on a lack of consent. It noted that the `statute is silent as to whether lying about a positive STD serostatus prior to the sexual act vitiates consent,’ and therefore concluded that the statue is ambiguous.”

The trial court “considered the statutory scheme and found that it indicated the legislative intent not to criminalize nondisclosure of one’s HIV status before sex,” according to the Supreme Court’s decision.

The decision, written by Justice Karen Carroll, later adds, “We hold that the trial court was correct in concluding that there was no probable cause to believe the defendant committed aggravated sexual assault under [existing law]. We agree that the statute is ambiguous and conclude there is no indication that the Legislature intended for fraud to vitiate consent.”

In its conclusions, the decision states that it is “the role of the Legislature to define crimes As noted above other jurisdictions across the country have expressly indicated that fraud or deception undermine consent. The Legislature is free to follow suit and outline sufficient standards that would address the due process concerns outlined above.”

BENNINGTON — In November 2018, a woman said R.B. had sex with her multiple times without saying he was HIV-positive. In one instance, she reportedly asked the Bennington man if he had a sexually transmitted disease, and he said “no.”

State prosecutors are now asking the Vermont Supreme Court to reinstate B’s charge of repeated aggravated sexual assault, saying the woman wouldn’t have agreed to sex if she had known B had HIV.

According to Vermont State Police, the woman became suspicious that B had an STD when he wanted to use a condom the first time they had sex. She told investigators she confronted him about it, but he denied having an STD.

Judge John Valente, of the Superior Court in Bennington County, earlier dismissed the felony charge after B’s attorneys said his alleged actions were not a crime under state law.

Bennington County Deputy State’s Attorney Alex Burke argues that B, 35, committed the crime when he “repeatedly lied to her about his HIV status, thus making the sexual encounter nonconsensual,” according to the brief he submitted to the Supreme Court.

“The victim never agreed to have sex with a man who was HIV positive,” Burke wrote.

He cited case precedent in which the Vermont Supreme Court found that “there is no consent when consent is based on fraud,” though the prosecutor acknowledged the cases did not directly address sexual acts.

B’s attorneys, on the other hand, said there is no provision in Vermont’s criminal or public health laws that criminalizes a person’s failure to disclose his HIV status before he engages in sex.

Public defender Dawn Matthews, who is representing B before the High Court, said Judge Valente determined that if the state legislature wanted to criminalize sexual conduct based on non-disclosure of a person’s HIV status, “it would have said so explicitly.”

Alternatively, Matthews said in her brief, the legislature could have made such withholding of STD information a misdemeanor, as it did with gonorrhea and syphilis.

“That it did not do so should end this matter,” she wrote, emphasizing that it is lawmakers — and not the Court — that should legislate the issue.

The state Supreme Court heard oral arguments in the case May 14, which was streamed live on the Vermont Courts’ YouTube channel.

While B’s prosecution is ongoing, he is detained at Southern State Correctional Facility in Springfield, according to Vermont’s inmate database online.

He currently has two pending felony charges: sexual assault with no consent, as well as lewd and lascivious conduct. Both are based on a sexual act he is alleged to have forced on the same woman, and do not touch on his HIV status, according to court documents.

B was tried on the two charges last August, but a jury couldn’t reach a unanimous verdict. The state sought to retry him and added a third charge of repeated aggravated sexual assault — the most serious of the charges, carrying a potential penalty of 10 years to life in prison.

Vermont Associate Justice William Cohen, who presided over B’s trial while he was a Superior Court judge, has recused himself from the Supreme Court appeal.