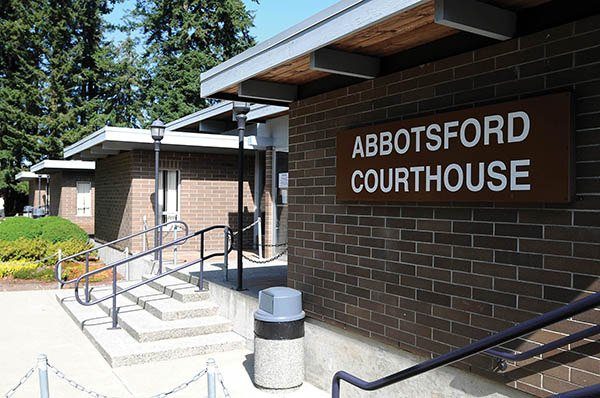 An HIV-positive man from Abbotsford, B.C., is suing the RCMP for negligence and defamation after a dozen sex charges against him were stayed last year.

Brian Carlisle filed a lawsuit in B.C. Supreme Court in July against those who handled his case, including police and the attorney general.

Carlisle was accused of having unprotected sex without telling his partners that he was HIV positive. He was charged with 12 counts of aggravated assault.

Those charges were stayed in April 2018 after Carlisle’s doctor and an HIV expert agreed that his viral load was undetectable and he couldn’t transmit the virus through sexual contact.

A notice of civil claim alleges the RCMP defamed Carlisle and accuses the prosecution of being malicious.

The lawsuit claims that the media attention to his case led to difficulties finding work and a place to live because of a Mission RCMP news release that contained his photo, HIV status, and his presence on social media and dating sites.

“The media statement released by the Mission RCMP constituted defamation,” reads the court document. “The statement lowered his reputation in the eyes of a reasonable person.”

Carlisle, who claims to be an expert in medical marijuana production, said in the lawsuit that he has been turned down for jobs and would be able to earn up to $140,000 annually based on his experience.

The lawsuit says he currently works for a human resources company that does not use his name when dealing with clients.

The document also says he has considered changing his name and rarely speaks with his daughter anymore, who has had to change her job twice due to his ordeal.

Carlisle is suing for loss of income, and pain and suffering.

None of the claims have been proven in court.

A dozen charges have been dropped against an Abbotsford man who was accused of having unprotected sex with multiple partners across the Lower Mainland and not disclosing his HIV-positive status.

Brian Carlisle, 48, had been facing 12 counts of aggravated sexual assault, but they were stayed April 26 in Abbotsford provincial court.

Police initially reported in August 2017 that Carlisle was facing three counts, but Mission RCMP reported the following month that nine charges had been added after several more complainants came forward.

The alleged offences occurred in Abbotsford (three counts), Surrey (three), Maple Ridge (three), Mission (one), Deroche (one), and Burnaby/Coquitlam (one).

Dan McLaughlin, spokesman with the BC Prosecution Service, said the charges were stayed because “the charge approval standard could no longer be met” and there was not a strong likelihood of conviction.

“In this case, the prosecutor concluded that the evidentiary test was no longer met and directed the stay of proceedings,” he said.

McLaughlin said the decision was also reached through consideration of a Prosecution Service policy titled “Sexual Transmission, or Realistic Possibility of Transmission, of HIV.”

“If there is no realistic possibility of transmission of HIV, failure to disclose that one has HIV will not constitute fraud vitiating consent to sexual relations,” the policy states.

It also states that a “realistic possibility” of the transmission of HIV is negated if “the accused’s viral load at the time of sexual relations was low.”

Carlisle has indicated in previous media interviews that his viral load was undetectable and he was not contagious at the time he was having unprotected sex.

“Viral load” is the term used to describe the amount of HIV in the blood.

“Studies show that people with an undetectable viral load do not pass HIV to their sexual partners,” states the CATIE (Canadian Aids Treatment Information Exchange) website.

Carlisle is a prominent marijuana activist and would-be politician in the Fraser Valley, including a bid for mayor of Chilliwack in 2002.

He told community news reporters as long ago as October 2002, in relation to his marijuana use, that he had seven debilitating conditions, including being HIV-positive, something that was mentioned in multiple subsequent stories.

In a March 2005 article, it was reported that Carlisle used a vaporizer to inhale marijuana to ease nausea symptoms to treat his HIV/AIDS.

A man accused of keeping his HIV status from sex partners is facing nine new charges, and police believe there may be more potential victims.

Mounties in Mission, B.C. were first made aware of Brian Carlisle in July, when they received a report that a man had been having unprotected sex without disclosing that he is HIV-positive.

Carslile, a 48-year-old Abbotsford resident, was charged the following month with three counts of aggravated sexual assault. While the charges have not been proven in court, police made the rare decision to release his HIV status because of the potential that others may have contracted the virus.

The decision was made after careful consideration, Mounties said, and because they felt “the public interest clearly outweighs the invasion of Mr. Carlisle’s privacy.”

A number of new complaints came forward following the announcement of the charges, Mission RCMP said Thursday. As a result, Carlisle is now facing an additional nine charges of aggravated sexual assault.

The investigation is ongoing, and police said they are concerned there may be additional potential victims who are not yet aware of the potential change in their HIV status.

Anyone concerned they may have HIV is encouraged to visit their doctor for appropriate testing, and those with more information on the case are asked to contact a dedicated tip line at 604-814-1644. Tips can also be left anonymously at 1-888-222-8477 (TIPS).

Carlisle is Caucasian, weighs about 220 pounds and is 6-foot-2. He has blue eyes and short brown hair.

The offences are alleged to have occurred in several cities in B.C.’s Lower Mainland, including Mission, Abbotsford, Coquitlam and Burnaby, but Carlisle has been known to live outside the province. He has spent time in Ontario, Manitoba, New Brunswick and Vermont.

He has an online presence on several social media and dating sites, police said previously. Carlisle has been ordered by the court to stay away from online dating sites, including Plenty of Fish, pending his trial.

He’s posted several videos on a YouTube account, including one that shows a forceful argument he made during a project for a criminology class in 2012 at the University of the Fraser Valley: that people with HIV should not have to disclose their disease to sexual partners.

Carlisle infected his wife with the disease 15 years ago, court records say. The records stem from a lawsuit he filed against his doctors for failing to diagnose him.

He’s spoken publicly about his HIV status in media interviews during his years as a marijuana advocate and during a failed run for mayor of Chilliwack. He also ran for school trustee in that city, and for city council in Hope.

The man charged with failing to disclose his HIV status to three sexual partners infected his own wife with the disease 15 years ago, court records say.

And Brian Carlisle reacted first by suing his doctors for failing to diagnose him – a lawsuit he lost – and then told the public he was HIV-positive through media interviews during his years as a marijuana advocate and during a failed run for mayor of Chilliwack.

He has posted at least a dozen videos of him doing martial arts, working out and playing the violin. One video he posted shows a forceful argument he made during a project for a criminology class in 2012 at the University of the Fraser Valley: that people with HIV should not have to disclose their disease to sexual partners.

Now is the time, I believe, for scientific methodology to evolve our laws and end this present day, I hate to say, witch hunt,” Carlisle says in a video posted to YouTube.

“The ongoing investigation has identified several other alleged victims which we believe that Mr. Carlisle could have offended against,” he said.

Several women told CTV News they had been contacted by Carlisle on the dating website Plenty of Fish in the past year. Carlisle has been ordered by the court to stay away from online dating sites, including Plenty of Fish, pending his trial.

Carlisle was released on $5,000 bail Thursday. He couldn’t be found at his Abbotsford home on Friday, and didn’t respond to calls or emails. A man who lived in a trailer next to the home told CTV News that Carlisle was “a nice guy, a reasonable guy.”

A former roommate painted a picture of a smart person who was tortured by the disease.

“Brian is very intelligent. He could have been one of the best lawyers I’ve ever met,” said his former roommate and fellow marijuana activist Tim Felger.

Court documents suggest that Carlisle was infected with HIV sometime in the late 1990s. Felger said when the two were living together in the early 2000s, Carlisle said he didn’t know.

“He suspected it for a couple years, and then he finally goes to the doctor and gets it confirmed,” he said.

That was on July 18, 2002. A day later, his wife was also diagnosed, a civil judgment says, quoting a physician’s report.

“[Carlisle’s wife] almost certainly acquired HIV infection on the basis of unprotected sex with her partner Brian Carlisle, sometime between early 2001 and mid-2002,” the judgement says. “Lack of diagnosis of HIV in Brian may well have contributed to her having unprotected sex with him, and therefore increased her risk of HIV.”

Carlisle represented himself in that case, and later started a consulting company that offered to represent others in court for money. Felger blew the whistle on him in that case, where the B.C. Law Society successfully argued for a $500 fine.

“He always thought everything that happened to him was someone else’s fault,” Felger said.

He ran for mayor in Chilliwack in 2002, calling himself “the people’s candidate,” and telling reporters he had HIV.

“Being an extremely ill person is a blessing,” he said at the time. “It gives me focus every day to live it as the most important day. Every relationship, every job I undertake I do with the most extreme fortitude of anything I put my mind to.”

He ran for city council in Hope, and for school trustee in Chilliwack. He lost in those and other municipal races. A grow-op that he operated with Felger was raided and its pot seized. Years later he claimed in a court case he was broke and on a disability pension.

A year later, he volunteered for his professor Darryl Plecas’s winning campaign for MLA. An online CV shows that Carlisle claimed Plecas as a reference.

“I’m disappointed that he’s weaving me into his affairs,” said Plecas, who recalled working on a project with him about marijuana but not about HIV. Plecas said there was “nothing special” about his involvement with Carlisle and that he disagreed with the thesis put forward in the project.

“On the face of it that notion is absurd. If someone’s not disclosing he’s putting people at risk,” Plecas said.