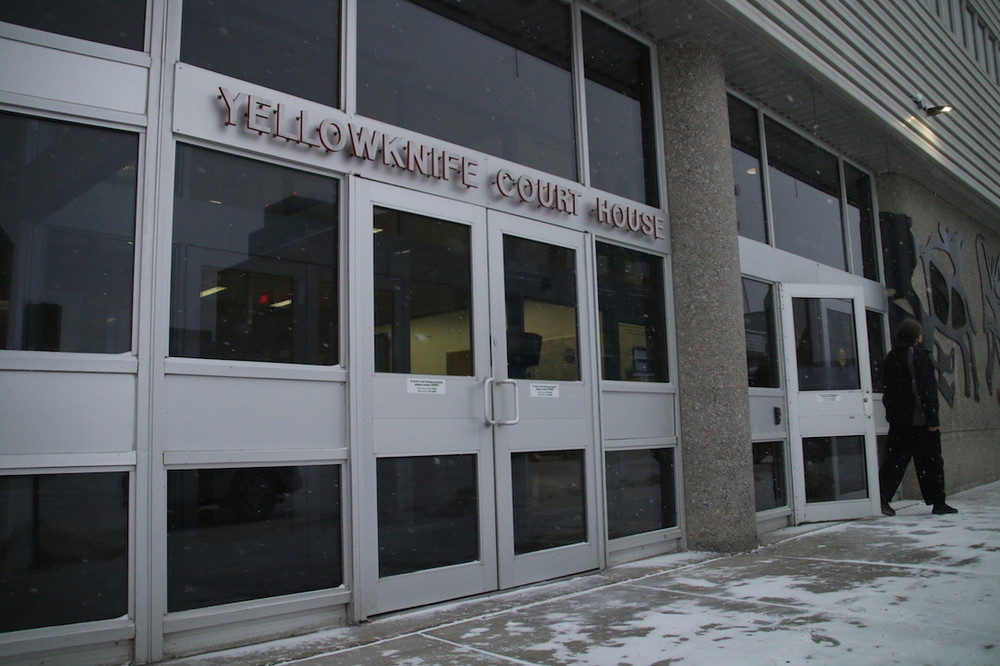 X had been accused of failing to disclose his HIV-positive status.

A 2018 directive from Canada’s former justice minister has led Crown attorneys to drop a sexual assault charge against a man who is HIV-positive.

X was charged with sexual assault in Yellowknife after allegedly not disclosing his HIV-positive status to a sex partner. But in Northwest Territories Territorial Court on Tuesday, prosecutors announced they wouldn’t go ahead with the case.

“We followed the directive and chose not to prosecute,” said Crown attorney Alex Godfrey.

It’s illegal for an HIV-positive person to have sex with someone and not disclose their status, if the incident poses a realistic possibility of transmitting the virus.

Among other things, it encourages prosecutors to “generally” avoid pursuing charges if people are taking their drug treatment as prescribed.

Scientific evidence shows people who take their medications regularly may be able to keep traces of the virus so low in their blood that it becomes undetectable, and people with these extremely low viral loads don’t have a realistic possibility of transmitting the virus to others.

Jay Bran, Kaotalok’s attorney, said the Crown decided not to continue with charges against his client after “medical documents gave us more insight into his medical condition.”

Bran said he believes the Crown’s decision not to prosecute X “speaks volumes” about the level of risk  — or lack thereof — to which he exposed the person he slept with.

The directive also encourages Crown attorneys to consider whether it’s in the public interest to prosecute.

In 2013, X, who’s originally from Cambridge Bay, Nunavut, was sentenced for aggravated sexual assault after having sex with two women and not telling them about his status. He used a condom with one of the women. Under the new guidelines, sexual activity with a condom does not pose a realistic risk of transmission. As of 2013, neither woman had been diagnosed with HIV.

“I’m happy for my client,” said Bran. “I know this was weighing very heavily on him … Today he’s relieved and happy this prosecution is over.”

A recent federal directive could have an impact on a Nunavut man who’s facing charges for allegedly not disclosing that he has HIV to a sex partner.

X is charged with aggravated sexual assault for allegedly having sex with a woman in Yellowknife in August and not disclosing his status. He appeared in N.W.T. Territorial Court in Yellowknife on Tuesday, and the case was adjourned until February. X has not entered a plea in the case.

It’s illegal for an HIV-positive person to have sex with someone and not disclose their status, if the incident poses a realistic possibility of transmitting the virus.

However, a new directive by Canada’s attorney general, which went into effect Dec. 8, issues new rules for what federal prosecutors should consider a “realistic possibility.”

The directive tells prosecutors not to pursue charges against people who have suppressed viral loads, which is the measurement of a virus in the bloodstream (i.e. under 200 copies of the virus per millilitre of blood).

It also encourages prosecutors to “generally” avoid pursuing charges if people were taking their drug treatment as prescribed, even if their viral load did not stay below that level.

The Northwest Territories’ chief federal prosecutor Ian Mahon said the Crown is waiting on more information from X’s defence team, including possible details about whether X’s viral load was too low to transmit the virus at the time of the alleged sexual encounter.

That information “will determine whether or not we proceed on the charges,” Mahon said.

“We’re going to follow the directive, of course,” he said. But “if something untoward happens or unexpected happens, I want to have all options available.”

The directive also tells prosecutors to consider laying non-sexual charges if it better aligns with the situation. For example, prosecutors could lay a charge of negligence rather than aggravated sexual assault.

Mahon confirmed that after receiving additional information from the defence this could be considered.

History of not disclosing HIV

This isn’t the first time X has faced criminal charges for failing to disclose his HIV-positive status.

In 2011 he was accused of having sex with multiple women without disclosing. He pleaded guilty to two counts of aggravated sexual assault, and was sentenced in 2013 to three-and-a-half years in prison.

According to the judge’s sentencing at that time, X did not consistently take his medication, which worsened the state of his infection and increased the risk of spreading the disease. With one of the women, he was wearing a condom, but with the other, it was unknown whether a condom was worn.

The new prosecutorial guidelines also encourage prosecutors not to pursue charges when a condom is used.

X’s attorney, Jay Bran, declined to comment on the new prosecutorial guidelines or whether they might affect his client’s case.

The guidelines apply only to federal prosecutors, who only handle cases such as these in the three territories.

Scientific evidence shows that people with undetectable, or extremely low, viral loads do not transmit the disease to others. People may be able to maintain undetectable viral loads if they regularly take their anti-HIV medication