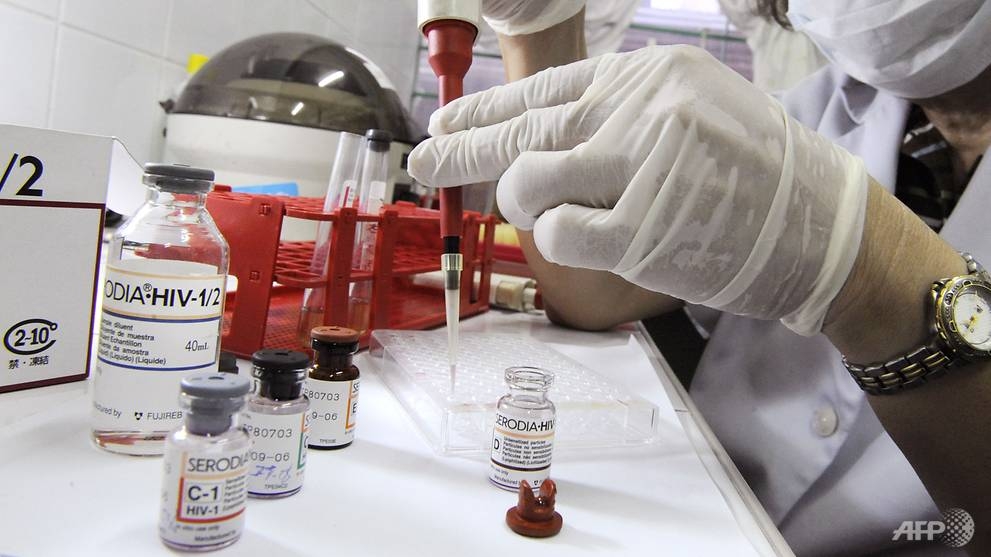 SINGAPORE: A man who did not know he was HIV-positive donated contaminated blood and lied in the accompanying form about his sexual history.

For making false declarations under the Infectious Diseases Act, the 35-year-old man was sentenced to four months’ jail and fined S$10,000 on Wednesday (Oct 2).

The quantity surveyor cannot be named due to a gag order protecting his identity.

He had donated blood five times before with no issue, but on his sixth donation, his blood was found to be HIV-infected.

The court heard that the man had gone to a Health Sciences Authority (HSA) blood donation drive at Tzu Chi Foundation Jing Si Hall in 9 Elias Road to donate blood to the Bloodbank@HSA on Sep 30, 2017.

Before donating his blood, the man was required to complete a donor health assessment questionnaire.

One of the questions asked: “Male donor: Have you ever engaged in sexual activity with another male?”

Another question asked if he had engaged in sexual activity with anyone he had known for fewer than six months in the past year.

The man answered “no” in response to both questions and declared that his answers were true.

After completing the questionnaire, a medical screener interviewed him and told him he could be prosecuted for an offence if he had given any false or misleading answers.

When his blood was found to be HIV-infected, he was interviewed to ascertain if he had any HIV risk factors.

CLAIMED HE HAD NEVER HAD SEX BEFORE

“During the interview, the (man) claimed that he had never had sexual intercourse before and insisted that he did not participate in any risk activities,” said Mr Jason Lee, a legal assistant director at the Ministry of Health (MOH).

However, the man later admitted to an MOH public health officer that he had had sex with an unknown male foreign worker he met in a public place in June 2017, as well as having sexual encounters with strangers in the Philippines.

He further admitted to another officer that he had engaged in sexual intercourse with a man in mid-2017 in a toilet cubicle in Causeway Point.

The prosecution had asked for the sentence that was meted out, saying that false information provided in relation to blood donations can result in serious harm to public health and safety.

“In particular, if the donated blood is infected with HIV, there is risk that the disease may be transmitted through blood infusion to innocent recipients,” he said.

The defence said his client would not be able to pay the fine, and pleaded for leniency.

An HSA spokesperson told CNA that the man’s blood had tested negative for HIV in his five previous donations.

The penalties for supplying false or misleading information in relation to a blood donation are a jail term of up to two years, a maximum fine of S$20,000, or both.