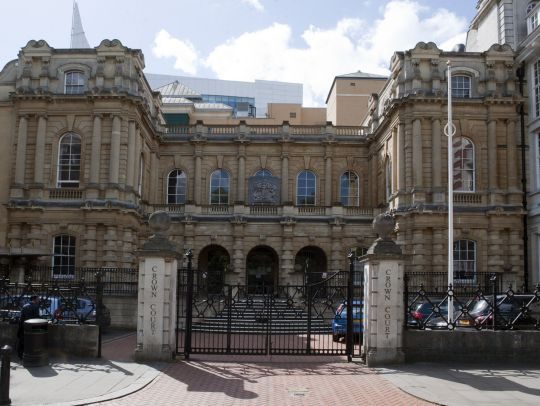 A man who deliberately lied to two women about his HIV status and then infected them with the virus has been jailed for five years. He even refused the help offered to him by doctors, a court heard. X kept his condition a secret and passed on the STI to two victims. The 23-year-old X did not use protection with a 17-year-old girl and encouraged a cautious second woman into have unsafe sex because she was his girlfriend.

He even lied that a sexual health clinic check-up had found he was negative and showed her a text message to prove it. Not only did X conceal that he was HIV positive, he kept secret that his particularly high viral count meant it was more likely he would infect partners through unprotected sex. Both women, who cannot be identified for legal reasons and were referred to as Miss A and Miss B throughout legal proceedings, quickly fell ill and tests showed X had passed the virus onto each of them. Expert analysis found they shared exactly the same strain of the virus. X, of Beecham Road, Reading, admitted two counts of causing grievous bodily harm and came before Reading Crown Court to be sentenced today.

Alan Blake, prosecuting, explained that X had been diagnosed with the virus in February 2014 as a 19-year-old. Over the next year, he returned to the sexual health clinic in Reading with other sexually transmitted infections and each time told staff he was not ready to tell his family or start anti-viral medication. ‘In the Spring of 2015 he formed a new relationship with Miss A who was 17 at the time,’ Mr Blake said. ‘They met through a mutual friend and at first communicated in social media before starting a sexual relationship. ‘Miss A got a hormonal implant and nothing was ever discussed about barrier contraception.’

In June 2015 Miss A, who assumed X was STI free, began to suffer from throat pain, aching, stomach cramps and found it hard to pass urine. Fearing she had developed a UTI, she was offered an HIV test which came back positive. Mr Blake told the court that Miss A would never have consented to unprotected sex if she had known X’s status and reported the matter to the police. Just weeks later, X began another sexual relationship with a 20-year-old woman, Miss B. At first the couple used condoms and the victim had received a negative HIV test result just days before their relationship became physical.

But X persuaded her to have unprotected sex because ‘if she was truly his girlfriend he would not need to use a condom’. Mr Blake added: ‘She felt uncomfortable but X reassured her by telling her he had been treated recently and showed her a text message purporting to show he had had the all clear.’ In August 2015, Miss B also started to feel unwell and was diagnosed a month later as being HIV positive. She was then diagnosed with depression because of the impact of finding out about the virus. Gavin Holme, defending, said the criminal process made X take control of his condition and he did not pose any danger to the public as he was on anti-viral medication.

Judge Angela Morris said X had ‘lied, lied and lied’ again. Jailing him for five years she said: ‘We are not living in the 1980s where everyone was ignorant of the effects of this disease and running around in a panic. ‘This is 30 years later. ‘Despite your knowledge of your medical condition you embarked on a sexual relationship. ‘Your actions are totally inexcusable.’ She also ordered that X should be the subject of a Sexual Harm Prevention Order where he is not permitted to have sex with any woman without telling her about his HIV status. There is currently no law which says that people with HIV have to tell their sexual partners of the condition if they are having protected sex.