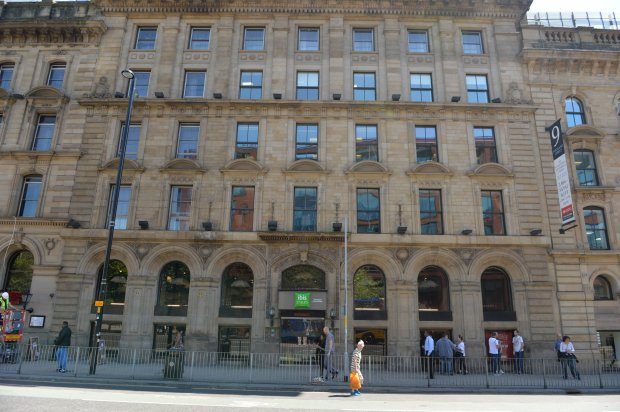 An HIV-positive life insurance salesman has been branded a ‘coward’ after throwing a tantrum and biting a policeman, leaving him fearful he had contracted the virus.

NX, 25, flew into a rage and started trashing the foyer of the Ibis Hotel in Manchester after a row over a booking.

When officers arrived at the scene X, who knew he had the virus, bit the constable’s arm.

The attack left a bite mark on the officer’s skin and he had to undergo tests as a precaution. Fortunately, you cannot contract HIV by being bitten, and the officer was given the all-clear by doctors.

‘I am completely lost for words at the cowardly and vile assault,’ the constable said in a statement. ‘It was not like one punch or strike as a reflex action – it was a conscious and considered decision to bite me with no thought to the impact on my private and personal life, and the impact on my immediate family.’

X, from Bolton, admitted criminal damage, assault and affray at Manchester magistrates court. He was given a suspended jail sentence and was ordered to pay £150 compensation to the officer.

The court heard X lost his temper on February 27 this year after staff couldn’t find his reservation on their system. He launched a 20 minute rampage in which he threw off all his clothes, smashed a lamp into the floor, shouted at guests and staff members, pulled ceiling tiles down, and wielded a metal pipe at anyone who tried to approach him.

‘The staff members called police again as they were growing more concerned about his behaviour,’ prosecutor Nicole Yeardon told the court.

‘Staff members also went to a local nightclub and one of their door staff came to help them and they managed to contain Mr X until the police arrived.

‘When they did arrive that is when the assault happened. While he was being restrained Mr X bit the police officer. He had a bite mark on his arm, which didn’t pierce the skin from Mr X. As it was found that the defendant is HIV positive then more tests had to be taken by the police officer.’

X later conceded that he may have booked into a different Ibis hotel, and he could have confused the addresses.

He told the hearing: ‘I would like to apologise for my actions, and I have asked to see the police officer and the members of staff numerous times to apologise to them in person.

‘I accept the £1000 damage, I accept that. I have changed since this. I attend regular narcotics anonymous meetings, I have moved out of the place that I was living with associates.

Sentencing, Deputy District Judge David Purcell told X the offences were so serious that ‘the only thing this court can do is give you a custodial sentence’.

‘However taking into account your early guilty plea and the fact that you have not waited for a court order to improve yourself and get off the drugs it is a sentence that can be suspended,’ he added.

Yusef Azad, Director of Strategy at NAT (National AIDS Trust)  said: ‘This police officer has been subject to a deeply unpleasant attack and this is completely unacceptable.

‘It should be made clear, however, that risk of contracting HIV from biting even if the bite pierces the skin and involves blood is negligible, and it is impossible to pass HIV on if the bite does not pierce the skin or if the assailant is on effective HIV treatment.’