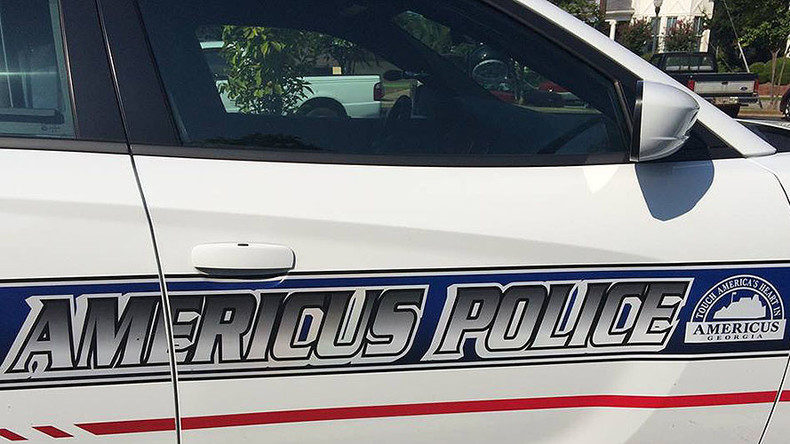 AMERICUS, Ga. — Police say a Georgia woman has been charged with a misdemeanor after she lied in a viral Facebook Live rant about being HIV-positive and intentionally infecting others.

Americus police said in a news release Friday that a recent blood test showed XX did not have HIV. She was charged with a misdemeanor count of making harassing communications.

Americus police began investigating after receiving links last week to the video that showed X naming men she claimed to have infected, along with their wives and girlfriends.

In the original video, a copy of which had hundreds of thousands of views on YouTube, X named several men and some of their partners, telling them she’d given them HIV.

In the roughly one-minute video, X brags about revenge and wanting to watch the men suffer.

The original Facebook video has since been taken down, but it lives on in videos that were copied on YouTube.

One of the men named in the video filed a complaint of “harassing communications” against X.

Under Georgia law, it is illegal to knowingly attempt to transmit HIV.

She later told detectives she lied about being HIV-positive because she was angry at the people named in her video.

It was not immediately known if X had an attorney. Misdemeanors in Georgia are punishable by up to a year in jail.

Police: Woman says she lied in video about spreading HIV

AMERICUS, Ga. (AP) — A Georgia woman told police she lied about being HIV-positive in a viral Facebook Live rant in which she claimed to have intentionally infected others.

Americus Police Maj. Herman Lamar told The Associated Press on Wednesday that XX met with detectives and showed them results of a September 2018 blood test indicating she did not have HIV. Lamar said she agreed to take an additional blood test.

Americus police began investigating after receiving links last week to the video that showed XX naming men she claimed to have infected, along with their wives and girlfriends.

“She stated she was angry at the people named in the video when she posted it,” Lamar said.

He said that during her interview with investigators Tuesday, XX also agreed to take a new blood test to prove her HIV status. Police are awaiting results of that test before deciding whether she should face charges, Lamar said.

It is a felony in Georgia to knowingly transmit HIV.

AMERICUS, Ga. (WALB) – The Americus Police Department is investigating a viral Facebook Live video of a woman saying she is HIV positive and naming multiple partners she may have gave the disease to.

Police said they have received numerous calls after the video went viral on social media.

Police contacted one of the victims named in the video.

He has filed a compliant, allowing the police to begin the investigation.

The woman has not been questioned or taken into custody at this time.

If the claims are true, Americus Police said she would have committed a felony because she is having unprotected sex while knowingly being HIV positive.

WALB has seen the video and decided not to show any portion of it because she has not been charged.

As of Friday afternoon, the viral video has been viewed over 86,000 times and shared more than 30,000 times with more than a thousand comments.