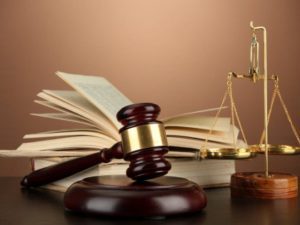 WATERLOO – A Bremer County man who was subject of a landmark HIV criminal case is taking his former defense attorney to court.

Rhoades subsequently challenged his plea, resulting in an Iowa Supreme Court ruling that set aside his plea and led to prosecutors eventually throwing out the charge.

“We are suing him because lawyer Metcalf didn’t do the job he was supposed to do,” Harding told jurors during opening statements.

He said there was no factual basis to Rhoades’ guilty plea in 2009.

Rhoades’ family paid Metcalf about $10,000 for the defense, and Metcalf didn’t investigate the case, didn’t get all of Rhoades’ medical records and took only one deposition — a 15-minute interview with the man who had sexual contact with Rhoades without knowing Rhoades was HIV positive — Harding said.

“This is the guy in town who knows what he’s doing,” Lanigan said. He said Metcalf did what any experienced attorney would have done in the case.

After Rhoades pleaded, he appealed, arguing there was no basis for his plea because at the time of the incident his viral load was undetectable and there was no chance he could have passed the virus. In 2014, the Iowa Supreme Court ruled that with advancements in medicine surrounding HIV, the court could no longer make certain assumptions about the transmission of the disease.

The ruling gave prosecutors a deadline to come up with additional evidence to back the charge, and the Black Hawk County Attorney’s Office dropped the case.

“I didn’t have a crystal ball in 2008,” Metcalf said on the stand Wednesday.

He said he talked with Rhoades’ doctor and considered a diminished responsibility defense — arguing that his client was unable to form the intent to commit the offense — but ultimately decided that wasn’t going to work.

“If he took this case to trial, he wasn’t going to win,” Metcalf said.

Without a plea offer from prosecutors, Metcalf said his strategy was to plead and angle for a sentencing reconsideration, bringing Rhoades back before a judge to seek leniency after he had served a short time in prison. Which is what happened after the plea and sentencing.

Testimony in the trial continues today.