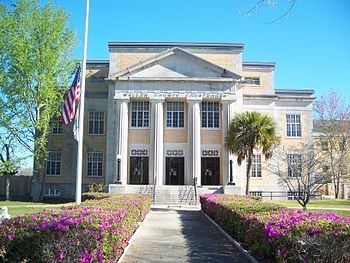 A local man diagnosed with HIV has been arraigned on charges that he transmitted the disease to an unwitting partner, according to court records.

PANAMA CITY – A local man diagnosed with HIV has been arraigned on charges that he transmitted the disease to an unwitting partner, according to court records.

Terrence Jemel Green, 27, appeared in court Monday to hear two counts of transmitting HIV to a sexual partner without informing them. The alleged incident took place in a brief relationship with the victim about a year ago, when a condom broke during a sexual encounter. The charges are felony offenses.

According to Panama City Police Department, Green and the victim entered into a sexual relationship in May 2015. Within the month-long relationship, a condom broke during sexual intercourse, and the victim allegedly later found health department paperwork indicating Green had tested positive for HIV in 2008, police reported. However, he did not inform the victim.

Shortly after the victim terminated the relationship, Green allegedly sent a text message to their employer, telling of their sexual relationship and the likelihood the victim had HIV because “I have it and a condom broke.”

A warrant had been issued for Green’s arrest at the time. He was arrested in April this year.