The Bolivian Criminal Code specifically prohibits the transmission or attempted transmission of HIV within broad provisions on diseases and sexually transmitted infections.

Article 216 of the Criminal Code, which prohibits the spread of contagious or severe diseases with penalties of one to ten years’ imprisonment, specifically makes it an offence for anyone who knows they have HIV to transmit or attempt to transmit the condition to another.

Additionally, Article 277 imposes a penalty of imprisonment for one month to one year for anyone who, knowing they are HIV-positive, puts another at risk of infection through sexual or non-sexual relations. If infection is caused, the penalty under this provision is raised to five to ten years’ imprisonment. Where the victim is a child or adolescent, these sentences are enhanced to three to six years and ten to fifteen years, respectively.

The effect of these provisions is that actual transmission, attempted transmission, and potential or perceived exposure are all criminalised within Bolivia.

There has been at least one case of HIV criminalisation within Bolivia. In 2013 a sex worker was placed under house arrest for continuing to work after being diagnosed with HIV and allegedly exposing her clients to infection. The Departmental Health Service considered her a risk to public health and requested the Chuquisaca Departmental Court to take preventative measures. The judge ruled her guilty of a crime and required her to receive medical treatment, report to the Public Prosecutor’s Office every two weeks, and remain under house arrest with a police guard.

This case was controversial for a number of reasons. Firstly, the woman maintained that she was unaware of her HIV status and only discovered her diagnosis after being asked to take a test. She was therefore sentenced for a crime she did not commit as without prior knowledge of her status she could not have knowingly exposed anyone to infection. Furthermore, it appears that no evidence of actual transmission of HIV was provided. Lastly, the woman was compelled both to take a test and to undertake treatment which violated her right to confidentiality and her ability to voluntarily decide on appropriate treatment.

Shall be liable to imprisonment of one to ten years, anyone who:

END_OF_DOCUMENT_TOKEN_TO_BE_REPLACED 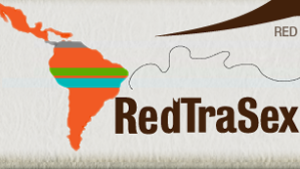 Bolivia: Join the campaign against the criminalisation of female sex workers with HIV