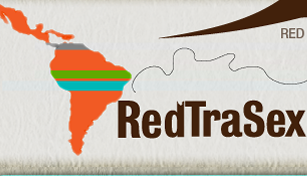 Last month a 25 year-old female sex worker – a mother of two children – who was working in Sucre and Potosí, Bolivia, was sentenced to house arrest because she continued to work after being diagnosed HIV-positive.

How, the Latin American and Caribbean Network of Female Sex Workers (RedTraSex), along with other national and regional organisations, is calling on the global community to join a campaign against the criminalisation of female sex workers living with HIV in Bolivia asking the authorities for her immediate release, and the government to respect the Human Rights of sex workers.

For full details of the campaign, read below.

According to the information published in the daily La Razón on 13 September and confirmed by RedTraSex, a female sex worker living with HIV was sentenced to house arrest for continuing to work as a sex worker. See information below in “Facts reported”.

RedTraSex repudiates this legal action by Judge Mendizábal, considering it a violation of a sex worker’s human rights, and demands that the ruling be amended and the sex worker be freed immediately. In addition, we demand that the Head of the National Program for HIV/AIDS in Bolivia, Carola Valencia, make a full retraction of her statement in the newspaper La Razón. We demand that the Government of the Plurinational State of Bolivia guarantee the human rights of female sex workers living with HIV. We further reject any kind of criminalization of key populations (female sex workers, GLTBI population, MSM and drug users) due to HIV transmission.

We propose three campaign actions: 1. Petition, 2. Letter to the authorities, and 3. Twitter campaign.

Thank you in advance for your support!

You can join the campaign by filling in the form in the following link and sharing it with your contacts.

We encourage other organizations and our colleagues to send an email to theVice Minister for Health and Health Promotion, Dr. Martín Maturano Trigo (drmartinmt@… and huanuco@… ) carbon copying  the Head of the HIV/AIDS Program, Carola Valencia (cilyva@… ), the CCM of Bolivia  (mcpbolivia.secretaria@… ), the PHO HIV focal point, Dr. Roxana Salamanca (rsalamanca@…-oms.org ), the UNAIDS Country Coordinator, Dra. Regina Castillo (castillor@… ), the President of the Thematic Group of the United Nations for HIV-Aids in Bolivia, Dr. Christian Darras (cdarras@…-oms.org ) and us too (camp.redtrasex@…y presidencia@…).

To the Deputy Minister for Health and Health Promotion Dr. Martín Maturano Trigo

We are writing to you to repudiate the action taken by the Judge of the Regional Courts of Chuquisaca, Dr. Ximena Mendizábal, in sentencing a female sex worker with HIV to house arrest. We demand that your department take urgent and definite action to reverse this legal decision which violates the human rights of key populations in the AIDS epidemic.

In addition, we repudiate the statement made by Dr. Carola Valencia, Head of the National HIV/AIDS Program, to La Razón on 13 September 2013, in which she argued that a female sex worker with HIV should not continue to work as a sex worker.

These legal rulings and public statements in the media are violations of human rights and lead to greater discrimination of people living with HIV/AIDS, female sex workers, the GLBTI population,  MSM, and drug users.

Send messages through social networks with messages linked to the letter and to the hashtag #LibertadTrabSexBolivia: