There have been no reported cases of HIV criminalisation in Fiji to date. The Penal Code includes a section making it illegal to negligently do any act a person knows or has reason to believe is likely to  spread a disease dangerous to life. The offence is considered a misdemeanour.

Fiji did have an HIV-specific law (section 40 of the HIV/AIDS Act 2011) which made it illegal to deliberately infect a person, or to attempt to infect a person, but the law was repealed after only 6 months (in August 2011). Despite that, media reports from 2018 described a senior medical officer referring to section 40 when telling participants at a training workshop that anyone who knowingly transmits HIV to a sexual partner is guilty of a crime.

A spate of media reports in 2008 covered health authorities’ search for an HIV-positive person who they believed was having ‘promiscuous’ sex and ‘deliberately spreading’ HIV, after two women tested HIV-positive following sex with the same man. Authorities said they were trying to find him to counsel and help him. At that time, senior police stated that knowingly passing on HIV was not a criminal offence, although the Ministry of Health had powers to isolate people. Consequently, there have been calls “for lawmakers to criminalise the wilful spread of the disease by anyone.”

Any person who unlawfully or negligently does any act which is, and which he knows or has reason to believe to be, likely to spread the infection of any disease dangerous to life, is guilty of a misdemeanour.

END_OF_DOCUMENT_TOKEN_TO_BE_REPLACED 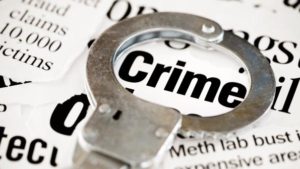