Pakistan has a federal legal system with four provinces, each with authority to legislate in certain areas, including on health. There is no HIV-specific federal law, however there are relevant criminal provisions relating to the spread of diseases. There is also an HIV-specific statute in one province.

At the federal level, the Pakistan Penal Code criminalises acts which are likely to spread diseases. The laws do not specify that transmission must take place; merely committing the acts is considered sufficient for the purposes of these provisions.

Section 269 states that anyone who “unlawfully or negligently does any act which is, and which he knows or has reason to believe to be, likely to spread the infection of any disease which is dangerous to life” shall be liable for a penalty of up to six months’ imprisonment and/or a fine.

Section 270 criminalises the same acts as Section 269 where committed “malignantly”, with an increased penalty of up to two years’ imprisonment and/or a fine.

At the provincial level, the Province of Sindh has an HIV-specific law, Sindh Act No. LII of 2013, the Sindh HIV and Aids Control, Treatment and Protection Act. This law, which contains both protections and obligations for those living with HIV, specifically criminalises transmission and potential or perceived exposure if there has not been prior disclosure of known HIV-positive status.

Section 21 states that anyone who “deliberately exposes others to the risk of transmission” through non-disclosure of their HIV status is liable for imprisonment for up to five years and a fine up to two hundred thousand rupees.

Section 24 expands the scope of Sections 269 and 270 of the federal Penal Code to anyone who commits any act which actually results in the transmission of HIV to another, without disclosing their status to that person.

Section 22 criminalises any health facility which is held responsible for negligent transmission of HIV through exposure to biological material. Individuals can be punished with imprisonment of not less than two years and a fine of ten hundred thousand rupees (sic).

Section 14 requires mandatory HIV testing for the accused, and with informed consent, the victims, in all sexual assault cases.

Section 19 states that no one will be compelled to reveal HIV-related information about themselves, except where a court orders it in the interests of justice. However, Section 20 allows for health workers to disclose the HIV status of a person in their care to their spouse or partner where the person living with HIV has been counselled to disclose their status but is unlikely to do so, and they consider the spouse or partner to be at risk of transmission. This effectively imposes a duty to disclose to partners on all people living with HIV in Sindh.

Section 8 provides protection against discrimination for those living with HIV in accessing healthcare, education, employment and other services, and requires health records pertaining to HIV not to be disclosed except when instructed by a court order.

There has been at least one case involving prosecution for HIV transmission in Pakistan. In 2019 an outbreak of HIV was reported in Larkana, Sindh Province. It is alleged that over 500 people, the majority of them children, had tested positive for HIV, with unsanitary and unsafe medical practices seemingly to blame. Many of those who tested positive had been treated in a clinic run by ‘Dr. X’, who was subjected to testing and also tested positive. Dr. X was subsequently charged for intentionally transmitting the disease. He was cleared of this charge but was found guilty of criminal medical negligence, which he denied.

Art. 269. Negligent act likely to spread infection of disease dangerous to life. Whoever unlawfully or negligently does any act which is, and which he knows or has reason to believe, likely to spread the infection of any disease dangerous to life, shall be punished with imprisonment of either description for a term which may extend to six months, or with fine, or with both.’

Art. 270. Malignant act likely to spread infection of disease dangerous to life. Whoever malignantly does any act which is, and which he knows or has reason to believe, likely to spread the infection of any disease dangerous to life, shall be punished with imprisonment of either description for a term which may extend to two years, or with fine, or with both.’

‘Any person who deliberately exposes others to the risk of transmission by non-disclosing his HIV AIDS status shall be liable to be punished with imprisonment of five years and with fine which may extend to two hundred thousand rupees.’

‘(1) Any health facility which is held negligent for transmitting HIV AIDS through exposure to contaminated biological material shall be liable to be punishment with imprisonment of not less than two years and fine which may extend to ten hundred thousand rupees.’

‘Sections 269 and 270 of the Pakistan Penal Code shall be applicable to any person who undertakes any activity resulting in the transmission to HIV/AIDs to another person, without disclosing his/her positive HIV status to such other person.’

(1) Government shall issue directives to the law enforcement agencies to conduct mandatory HIV screenings for the accused and the victims subject to informed consent of the victims in all sexual assault cases.
(2) No person in charge of a health care facility and/or a member of a law enforcement agency shall report or release information regarding the HIV results conducted on the accused or the victim, pursuant to this Section 14.
(3) Due to the stigmatization attached to HIV/AIDS all information in relation to HIV/AIDS status of an individual that is to be release to any court in the Province shall not form part of the public record.
(4) Rules shall be made specifying protocols for the counselling and treatment of survivors of rape or sexual assault and for the training of health workers in the implementation of such protocols.

‘(1) No person shall discriminate against another on the basis of such other person’s HIV status or presumed, suspected or alleged HIV status, whether in the field of health care, education, employment, provision of general, utility and or any other form of services and or in relation to accommodation, whether in respect of accommodation for lease, rent, to let or hire and or for purchase.
…
(3) All organizations having possession of health records of any individual that pertain to HIV and AIDS screeding and or HIV and AIDS Tests or the results thereof and or any other matter relating to HIV and AIDS shall keep the same confidential and shall neither disclose nor release the same to any other third party without the prior written information of the relevant individual, provided however in the event, such records are required to be released to the Court pursuant to a Court order that the organization shall immediately file an application in Court that such record shall be kept confidential by the Court and shall not be made part of the public record.

(1) No person shall be compelled to disclose HIV-related information or any other private information concerning himself, except when a court determines by an order that the disclosure of such information is necessary for the determination of issues and in the interest of justice in a matter before it.

(a) by a health worker to the concerned quarters of Sindh AIDS Control Program who is involved in the provision of care, treatment or counseling of a person, when such disclosure is necessary to provide care or treatment in the best interest of that person; or

(b) by an order of a court when it determines by such order that the disclosure of such information is necessary for the determination of issues and in the interest of justice in a matter before it; or

(c) in legal proceedings between persons, where the disclosure of such information is necessary in the initiation of such proceedings or for instructing counsel; or

(d) if it relates to statistical or other information of a person that could not reasonably be expected to lead to the identification of that person.

(3) Any person to whom disclosure is made under this section is prohibited from making further disclosure except as provided in this Act.

Scan of Law and Policies Affecting Human Rights, Discrimination and Access to HIV and Health Services by Key Populations in Pakistan - 2014 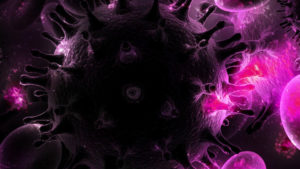