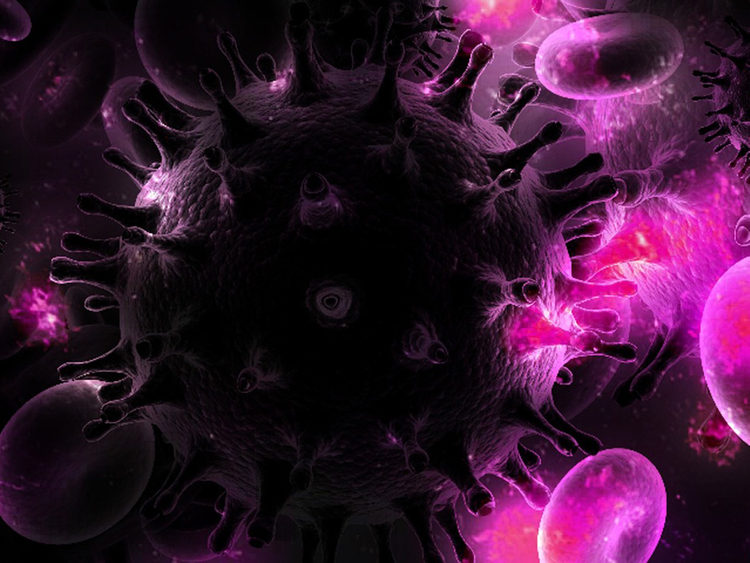 LARKANA: The Larkana circuit bench of the Sindh High Court on Saturday released on bail a doctor who was arrested on charges of spreading HIV in Ratodero.

Advocate Athar Abbas Solangi had pleaded the doctor’s bail application before the single bench of Justice Mohammad Faisal Kamal Alam on Friday and granted him bail for a sum of Rs200,000, asking him to deposit the surety in the trial court of fifth additional sessions judge.

On Saturday, he submitted the surety amount and was released from sub-jail of Ratodero, said the doctor’s advocate and sources in Ratodero.

Mr Solangi relied on different rulings and submitted that the petitioner was entitled to bail. Deputy prosecutor general Mohammad Noonari vehemently opposed the grant of bail to the applicant.

The order said that if the applicant misused the concession of bail then the trial court might take strict action against him in accordance with law. The trial court would not be influenced by any of the observations contained in the order and decide the case on its merits, it said.

The doctor was picked up after registration of FIR on behalf of Sindh Health Care Commission under sections 324, 337L PPC on April 30. Subsequently, a joint investigation team was constituted to probe the contents of the FIR.

Later, DIG Irfan Baloch told a press conference on May 29 that the JIT found the doctor had not “intentionally” spread the deadly virus in the town and changed sections 324, 322 PPC.

Despite the lurid headlines, unsafe practices across the local health care system were the likely cause of HIV outbreak.  The doctor at the centre of allegations was found guilty of criminal negligence.

Nearly 500 Children Have Been Infected With HIV in a Single Pakistani City. Here's What to Know

Nearly 500 children in a single Pakistani city have tested positive for HIV, in an outbreak that has led to the arrest of at least one doctor and highlighted gross inadequacies in the local health care system.

As of mid-May, 410 children and 100 adults in Larkana, a city in Pakistan’s Sindh province, had tested positive for HIV, the Associated Press reported. Those numbers have since climbed to 494 children and 113 adults, according to NPR.

How did more than 600 people in one area become infected with HIV? Here’s what to know.

When did the outbreak start?

According to reports from NPR and the AP, parents in April began to notice lasting fevers in their children and took them to a nearby medical center for testing. By around April 24, 15 children ages 2 to 8 had tested positive for HIV, according to an op-ed written by Larkana Deputy Commissioner Muhammad Nauman Siddique. “Recognising the seriousness of this issue,” local officials shortly thereafter set up a “healthcare camp” where children and their parents could be screened for the virus, Siddique wrote.

“The results of the screening within the first few days were shocking,” he wrote. “The tests revealed that the parents of the HIV-positive children were HIV negative”—raising questions about how so many children became infected.

By May 14, after screening more than 10,000 people, the number of diagnosed individuals had grown to more than 400, according to the country’s National AIDS Control Programme. As testing continued, that number only grew.

How did so many people get infected with HIV?

A web of unsanitary and unsafe medical practices seems to be to blame, according to local officials.

Many of the children who originally tested positive for HIV had been treated in a Larkana clinic run by Dr. X, NPR reports. After demands from parents, X was eventually tested for HIV. The results came back positive, “and here is when it was suspected that he was the source of spreading HIV in their kids through bad practices,” a district police officer told NPR.

X was arrested on suspicion of intentionally infecting his patients with HIV, the BBC reports. Pakistan’s SAMAA TV reported Thursday that he was cleared of that charge, but found guilty of “criminal medical negligence.” X denied the original accusations in a video filmed in jail.

Officials have pointed to medical negligence across the local health care system as a likely cause of the outbreak. Many local officials have blamed “quacks,” in apparent reference to the large number of unqualified individuals who practice medicine in the area.

“Possible causes included clinics run by quacks, use of a single syringe for multiple patients, and use of the same drip set for multiple patients,” Siddique wrote in his op-ed. He added that at least 61 unsafe clinics have been “sealed” and 29 more health care centers warned in the wake of the outbreak.

Sindh health officials also suggested that barbershops, where razor blades are sometimes reused, could be a possible transmission source, NPR reports. Siddique also pointed to unsafe circumcisions, which sometimes take place in barbershops, in his op-ed.

This is not the first time Larkana’s medical system has been at the center of an HIV outbreak. An outbreak among dialysis patients, which infected about 50 people, was reported in 2016. Years earlier, there was also an outbreak among intravenous drug users in Larkana.

What’s being done about the Larkana HIV outbreak?

National and international health authorities, including the World Health Organization, UNAIDS and UNICEF, are collaborating on a response in Larkana, which includes ongoing free testing of individuals who may be infected, crackdowns on unsafe clinics and barbershops and public education campaigns about preventing the spread of HIV. Siddique has also urged medical professionals to use auto-lock syringes, which cannot be reused, and called for better labs for conducting medical blood work.

HYDERABAD: Police Tuesday arrested a doctor in Larkana on charges of spreading HIV amongst his patients.

The accused Dr X, who himself is an HIV patient, was employed at a public hospital in Ratodero district of Larkana. He was allegedly responsible for spreading the Human Immunodeficiency Virus (HIV) among his patients.

The doctor’s arrest came after the authorities tried to ascertain the causes behind the spread of the virus among the residents of Larkana, Sindh.

The panic had gripped the district early this month when the number of HIV-positive cases rose to 39 including more than a dozen children, according to Geo TV.

Children are among the patients diagnosed with HIV, the virus that causes the deadly AIDS disease which claimed a million lives worldwide.

However, Dr X denied the charges and termed the case a “conspiracy” against him. He said that he was not aware of his condition. Adding, “If I had known about [HIV/AIDS] I would have sought treatment.”

Dr Sikander Memon, in-charge of the Aids Control Programme in Sindh, said a team will arrive in Ratodero next week to determine the causes behind the transmission of the HIV among the residents.

According to an estimate by Dr Memon, there are estimated to be more than 100,000 HIV-positive people in Sindh province. However, the Aids Control Programme has only 10,350 registered patients who are provided treatment.

According to WHO, Pakistan is registering approximately 20,000 new HIV infections annually, the highest rate of increase among all countries in the region.