There are no HIV-specific criminal laws in Oregon. There is, however, a general communicable disease provision, but we are not aware of any cases under this law. General criminal laws have been used to prosecute perceived HIV ‘exposure’ in a handful of cases.

The Public Health and Safety Title of the Oregon Code contains a provision which makes it an offence to ‘wilfully cause the spread of any communicable disease’, defined elsewhere to include any disease which can be transmitted by any means and may result in illness, death, or severe disability. This is a broad definition which would encompass HIV. The wording of the provision suggests that transmission and intent would be required, but there are no known cases to confirm this interpretation. This offence is a class C felony, carrying a penalty of up to five years’ imprisonment and a fine.

Conversely, general criminal laws have been used to prosecute perceived ‘exposure’. An exceptional 1996 case appears to be the first instance of this. In the case, a man living with HIV was convicted of 10 counts each of attempted murder and attempted assault after having sex with multiple people without disclosing his status. The numerous complainants and extreme circumstances of the case resulted in a severe sentence of 70 years’ imprisonment; he had allegedly refused to wear condoms, denied having HIV, and had been warned against having unprotected sex by his parole officer. It was also alleged that he told a partner that if he ever tested positive for HIV, he would intentionally transmit it to others, though he denied this claim.

Although this is an extreme example of HIV criminalisation, other prosecutions using general criminal laws have taken place in Oregon. In 2009, a man living with HIV pleaded guilty to assault and attempted assault after having unprotected sex without disclosing his status. In a 2012 case, a man was charged with attempted assault and reckless endangerment for unprotected sex without disclosure. HIV status has also been used as an aggravating factor in sentencing for sexual offences.

Under the Public Health and Safety Title, authorities in Oregon have broad powers to compel people suspected of living with communicable diseases to submit to testing and examination upon issuance of a written order. Further powers permit authorities to order those suspected of living with communicable diseases, including those who refuse to comply with testing and examination, to be quarantined and isolated temporarily, providing a list of guidelines are complied with. This can be extended up to a period of 60 days on receipt of a court order. Failure to abide by these orders can result in contempt of court charges being brought. Medical records which are ordinarily confidential can be released to law enforcement to aid in carrying out these powers.

(1) No person shall willfully cause the spread of any communicable disease within this state. 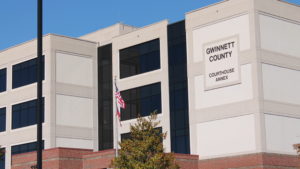 [Update]US: Man convicted in Oregon in 2012 for HIV-exposure and whose prison sentence in Georgia was overturned on appeal, arrested again for alleged HIV exposure 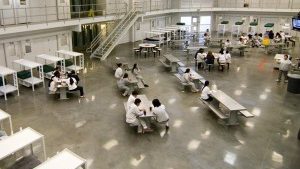 US: Venezuelan man living with HIV in Oregon is kept in detention center and faces deportation for "minor offense"