Vietnam’s Law on HIV/AIDS Prevention and Control (2006) aims to protect the rights of people living with HIV, however, it also includes a number of articles relating to HIV non-disclosure and transmission. This law was amended by Law No. 71 of 2020, which resulted in some changes to the way the law impacts those living with HIV.

Article 4 states that all people living with HIV must inform their spouse or fiancé that they have HIV. In 2020 the Ministry of Health recommended that the law be amended to also require people living with HIV to inform casual partners, and in November 2020 Article 4 of this law was expanded to include an obligation to disclose HIV-positive status to partners as well as spouses and fiancés.

Article 4 also states that a person living with HIV must apply ‘measures’ to prevent HIV transmission, although these measures are not defined. Further, people living with HIV are required to comply with regulations on treatment. Article 30 gives the right to receive positive test results to spouses and parents, guardians or representatives of a person under 18 or with cognitive impairments. There are no clear legal penalties for a failure to adhere to the law although if HIV is transmitted, other criminal laws could apply.

Article 8 of the law prohibits both purposefully transmitting or causing HIV transmission and threatening to transmit HIV. Penalties for the latter are not defined, however, similar provisions are included in Vietnam’s Penal Code.

The Penal Code includes two sections relating to HIV. Article 148 (‘Transmission of HIV to others’) makes it an offence for a person who knows they have HIV to ‘deliberately’ transmit HIV, unless the other person knows they are living with HIV and voluntarily engages in sexual intercourse. The offence generally carries a sentence of between one and three years’ imprisonment. If the act is committed against more than one person, someone under 18 years of age, a pregnant woman, medical staff providing treatment, or a law enforcement officer in performance of official duties, the penalty is increased to between three and seven years’ imprisonment.

Article 149 (‘Deliberate transmission of HIV to others’) criminalises deliberate HIV transmission in cases not covered by Article 148. The offence generally carries a sentence of between three and seven years’ imprisonment, but this is increased to between seven and fifteen years’ imprisonment if the act is committed by an organised group or against a law enforcement officer in performance of official duties, someone under 18 years of age, or two to five people, if the offender takes advantage of their profession to commit the act, or if the victim suffers “11% – 45% mental and behavioural disability” as a result of the offence.

This sentence is increased further to between twelve to twenty years’ or life imprisonment where committed against a pregnant woman or six or more people, the victim suffers “46% mental and behavioural disability or above” or commits suicide as a result of the offence. The offender may also be prohibited from practicing their profession or from certain jobs for between one and five years.

While both offences cover cases of intentional transmission, it is understood that the distinction between Article 148 and 149 is that the former applies to cases in which the accused transmits HIV from their own body, while the latter covers cases where HIV is transmitted from sources other than their own body. This means Article 149 can be committed by people who are not living with HIV.

It is possible that these offences include not only actual transmission, but perceived ‘exposure’, however this is not made clear in the legislation.

HIV can also trigger sentence enhancements in relation to a number of offences including a range of sexual assault offences.

HIV Justice Network is not aware of any prosecutions for HIV non-disclosure, exposure or transmission in Viet Nam to date.

Article 148. Transmission of HIV to others

1. A person who, in the knowledge of his/her HIV infection, deliberately transmits HIV to another person, unless the victim knows the it and voluntarily engages in sexual intercourse, shall face a penalty of 01 – 03 years’ imprisonment.

Article 149. Deliberate transmission of HIV to others

1. Any person who deliberately transmits HIV to another person in cases other than those specified in Article 148 hereof shall face a penalty of 03 – 07 years’ imprisonment.

4. The offender might be forbidden from practicing his/her profession or doing certain jobs for 01 – 05 years.

Article 1. Amending and supplementing a number of articles of the Law on Prevention and Control of Human Immunodeficiency Syndrome (HIV / AIDS)

2. To amend and supplement Points b and c, Clause 2, Article 4 as follows:

“B) To promptly notify their positive HIV test results to their spouses, intended marriage partners, and their partners;

Purposefully transmitting or causing the transmission of HIV to another person.

Threatening to transmit HIV to another person.

Article 13  HIV/AIDS prevention and control in the family

Families shall be responsible for conducting communication and education on HIV/AIDS prevention and control and proactively taking measures to prevent HIV transmission. 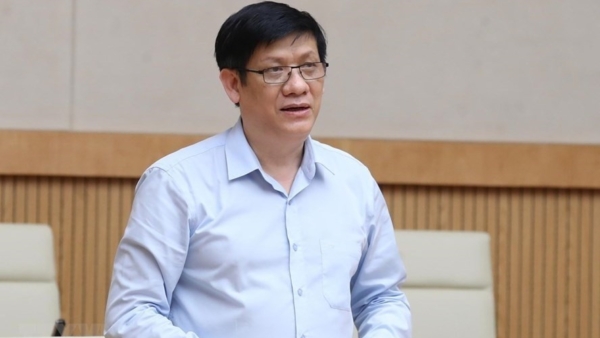 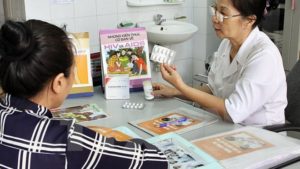 Vietnam: Vietnam Lawyers Association (VLA) and Global Fund for HIV/AIDS Prevention and Control Project to provide free legal aid to vulnerable groups in many areas, including civil and criminal issues