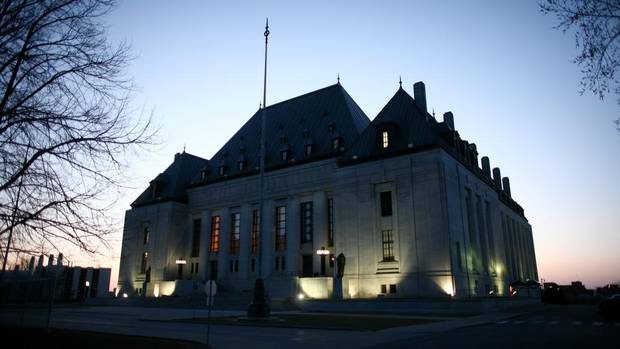 Men who sabotage condoms may turn an otherwise consensual act with a woman into sexual assault, and women who lie about using birth control have been left with some uncertainty about whether they, too, could face charges, under a Supreme Court ruling yesterday on deception before sex. The Supreme Court of Canada heeded the warnings of HIV groups in a narrow 4-3 judgment March 7.

The court upheld the conviction of Craig Hutchinson for aggravated sexual assault. Hutchinson poked holes in condoms he used with his girlfriend. He did this without her consent, hoping that she would become pregnant, which she did. There are parallels with HIV -ondisclosure cases, which also involve keeping information from someone before a sexual encounter.

The court had two legal routes available to it to convict. One route would have used the fraud provisions in the Criminal Code. This is essentially the same legal principle used in HIV-nondisclosure cases and requires both a dishonest act and some harm, or risk of harm. The majority of the Supreme Court endorsed this approach today.

The other route could have further crowbarred open HIV-nondisclosure prosecutions. A minority of judges at the Supreme Court would not have required any proof of harm in order to secure a conviction in Hutchinson’s case. This was also the reasoning of the majority of the Nova Scotia Court of Appeal.

The Canadian HIV/AIDS Legal Network and the HIV and AIDS Legal Clinic Ontario (HALCO) intervened last year to argue that the Court of Appeal’s approach would unfairly extend the criminal law to cases where there was no realistic risk of HIV transmission.

Chief Justice Beverley McLachlin agreed, saying that the court must act to protect the existing legal test and avoid “replac[ing] the clarity and restraint achieved by [HIV-nondisclosure] decisions with confusion and over-criminalization.”

This will likely seem insufficient for those who believe courts already go too far to criminalize the lives of HIV-positive people. But the court did accept the reasoning of HIV groups that intervened in the case — which it refused to do the last two times HIV nondisclosure was before the Supreme Court.

Cecile Kazatchkine, a lawyer at the Legal Network, says that the court avoided setting a bad precedent.

“This case doesn’t have any implications for people living with HIV,” Kazatchkine says. “There was a danger that it would, but it didn’t.”

“The Legal Network and HALCO have been really diligent; we decided to intervene, and put all of our energy into this case, even though it wasn’t an HIV case, to make sure the court didn’t reach a decision that makes things worse for people living with HIV.”

In December 2012, the Supreme Court released its decision in the HIV non-disclosure case of Mabior. Panned by HIV groups, a unanimous court required HIV positive people to inform their partners about their health status, unless they have both a low viral load and wear a condom.

In Mabior, the Crown asked the court to criminalize non-disclosure, regardless of whether there was any risk of transmission. That approach was rejected by the court at the time, and rejected again in the March 7 decision. Kazatchkine says that the decision will send a message to Crowns to stop trying to equate non-disclosure in all cases with sexual assault.

Kyle Kirkup, a doctoral student at the University of Toronto Faculty of Law, agrees.

“I think maybe this shows that Mabior is the high water mark of criminalization and that’s the message that the Supreme Court of Canada is trying to send, that the court is not willing to go further.

Nonetheless, the reaction to today’s decision is a far cry from years past, when HIV groups called for an end to criminal prosecutions altogether.

The case nonetheless may prove to be an important one in the development of the law of sexual assault. While Hutchinson may have opened the door to other non-HIV related fraud charges, the facts in the case were so unusual that it’s hard to know how broad the impact of the case will be, says Kirkup.