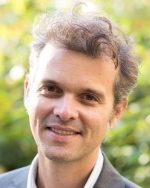 For many years, Canada has had the very unfortunate distinction of being a world leader in criminalizing people living with HIV. However, the law is finally, albeit slowly, being brought in line with science and human rights in a manner that is supportive of HIV-related care, treatment, and prevention.

Before getting to the law, it is important to consider the reality of HIV today. People who have access to sustained care and treatment have more or less the same life expectancy as those who are HIV-negative. In addition, it is much harder to transmit HIV than generally supposed. For example, the risk of transmission is zero if a condom is used properly and remains intact or when a person with HIV has a suppressed viral load (the amount of virus as measured in one’s blood).

However, many people face significant institutional, social and economic barriers to accessing health care and life-saving medications. Moreover, social attitudes have not nearly kept pace with science. Based on a 2018 Canada-wide study, 15 per cent of Canadians feel afraid of getting HIV when they are near someone with HIV and 71 per cent believe that someone would hide their HIV status from others because of fear of the stigma associated with HIV.

As a result, legal issues abound. From being denied services to being refused accommodation in the workplace, human rights concerns are widespread. Privacy is a constant worry for many, whether related to institutional actors, service providers or neighbours. And as noted, Canada remains a world leader in prosecuting people with HIV, with upwards of 210 prosecutions.

Canada is also the only known country to use aggravated sexual assault as the operative offence when it comes to HIV non-disclosure, even when (i) there is no allegation of transmission of HIV; (ii) there is no intention to transmit; and (iii) the sexual activity in question poses negligible to zero risk of transmission.

The consequences related to HIV criminalization, which have a disproportionate impact on Indigenous, African/Caribbean/black, and gay persons, are extremely serious. For example, a conviction attracts a maximum life sentence and leads to a presumptive lifetime inclusion on sex offender registries. In addition, for those who are not Canadian citizens, a conviction generally leads to deportation.

Even when charges are ultimately not pursued or there are acquittals, police often issue press releases containing all manner of identifying information of accused persons, including photographs and health information. Such disclosures have drastic consequences, ranging from loss of family, friends, employment and housing, to violence.

We also hear of highly disturbing situations of women living with HIV declining to approach authorities about experiences of sexual violence for fear that they themselves will be charged with aggravated sexual assault — which has happened.

Over-criminalization is also harmful from a public health perspective. It hinders HIV prevention efforts and hampers care, treatment and support for those living with HIV by providing disincentives for HIV testing and deterring honest and open conversations with health care and other providers, including public health authorities, for legitimate fear that such conversations will be used in court — as they have been.

Thankfully, after many years of unjust charges, prosecutions and convictions, Canadian governments are finally waking up. In 2016, the then federal Attorney General Jody Wilson-Raybould promised to study the issue and stated, among other things, that “the over-criminalization of HIV non-disclosure discourages many individuals from being tested and seeking treatment, and further stigmatizes those living with HIV or AIDS.”

While these developments are welcome, they do not go far enough. Legislative reform is required to truly end the unjust and overcriminalization of people living with HIV. We therefore welcome most of the recommendations in the June 2019 report on the issue from the House of Commons Standing Committee on Justice and Human Rights.

While we strongly disagree with the recommendation to extend the criminal law to other infectious diseases — criminalizing more health conditions does not solve the problem — we welcome the call to (i) remove HIV non-disclosure from the reach of sexual assault law and (ii) limit the criminalization of HIV to actual transmission of HIV.

We further welcome the recommendations to review historic prosecutions and convictions and to improve access to HIV testing, including anonymous testing.

But we must go further. As recommended by United Nations’ expert health and human rights bodies, and as indicated in a Canadian community consensus statement endorsed by over 170 organizations, criminal prosecution should be removed from the law of sexual assault and be limited to cases of actual and intentional transmission.

In order to arrive at the consensus position, we require legislative reform undertaken in consultation with the HIV sector. While reform is pending, provincial attorneys general must develop or update guidance that properly limits overcriminalization.

It is high time that Canada be removed from the list of world leaders in prosecuting people living with HIV. The time is to act is now.

Russia: Law prohibiting migrants living with HIV from staying in the country does not just legalise discrimination, it also endangers their lives

“You have HIV, you have to leave”

Russia: "HIV is a medical and social issue. This is where reforms are needed"