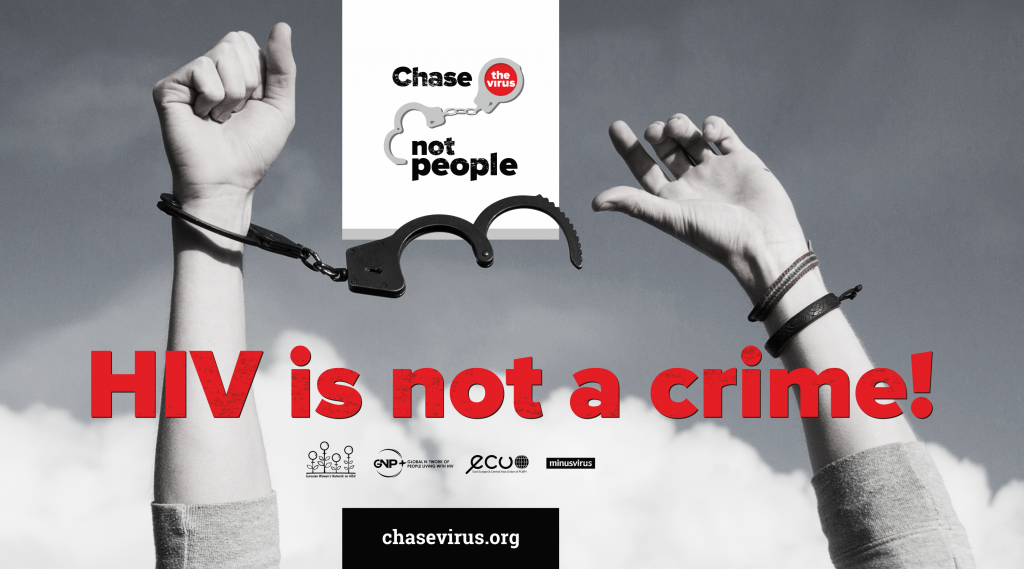 The Eurasian Women’s Network on AIDS is launching the “HIV Is Not a Crime” awareness campaign, which aims to draw attention to the situation with the criminalization of HIV transmission in the Eastern Europe and Central Asia region. Within the campaign, we expect to hold discussions with activists and human rights defenders who will enhance their professional level, moreover, we will take efforts to change public opinion on the topic of criminalization.

We will focus on the following issues:

– Why does the criminalization of HIV transmission not solve the problem of the HIV spread?

– How are criminalization and gender related?

– How a person who is charged with transmitting HIV can defend themselves?

– … And many more questions, that you can write to us in the comments and send by letters and messengers.

The campaign “HIV Is Not a Crime” is one of the components of the “Chase Virus, Not People” campaign of EECA region community networks, which reflects the criminalization of HIV as one of the key barriers to access to treatment and support, conducive to an increase in new HIV/AIDS cases and mortality, and also being a violation of human rights.

The information campaign “HIV Is Not a Crime” is held within the framework of the project “HIV Criminalization Scan”, supported by the Global Network of People Living with HIV (GNP+). The project was launched in 2017 and produced an analytical report on the situation with the criminalization of HIV transmission in 9 countries of the EECA region, published in January 2018, as a preliminary result. You can read the report and cases in the “Criminalization” section on page “Our projects” page of www.ewna.org website.

The campaign is supported by the East Europe and Central Asia Union of People Living with HIV (ECUO) and the Minusvirus.org online platform