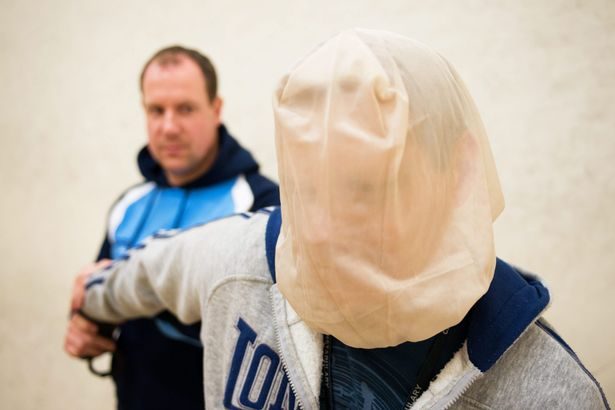 Bristol’s police force has finally changed untrue claims it made about HIV, eight months after it was accused of “preying on people’s prejudices.”

Avon and Somerset Police announced last November that it would be rolling out controversial spit hoods to be used on suspects to protect officers.

But during the announcement, the force made untrue claims that HIV could be contracted through spitting, causing outrage amongst campaign groups.

The force did apologise for “any offence caused” to anyone living with HIV, but then repeated the claim that Human Immunodeficiency Virus (HIV) can be transferred through spit.

Now eight months after police made the claim, Avon and Somerset Constabulary has now confirmed that HIV will not be used as a reason to introduce spit guards after national guidance was changed.

Assistant Chief Constable Steve Cullen said: “I’d like to thank both charities and our communities for the advice and feedback they gave us following our announcement last year.

“We apologised unreservedly at the time if we caused any offence to people living with HIV.

“It has never been our intention to reinforce stigma. Every day we work to reduce stigma and discrimination experienced by communities and individuals who are victims of hate crime in all its guises.”

In January, 2018 Bristol Live reported that Avon and Somerset Police said the false claims about the transfer of HIV were taken from national guidlines.

The Bristol wing of the HIV advocacy group ACTup! Launched a petition calling for the force to retract the statement.

A spokesperson for the group said officers deserve not to be spat at while working and the group is not calling for the recall of spit hoods but raised issues with the “poorly researched” press announcement.

ACC Cullen added: “Our aim has never been to focus attention on people living with health conditions, but to target people who use spit as a weapon.

“We assured our communities we would seek to ensure that we learn from this and would share our learnings across the police service, providing clarity and direction.

“I’m delighted that this has now been done.”

The National Police Chiefs Council, which issues guidance to police forces across the UK, said in January the advice on spit guards has not changed since it published a report in March 2017, but specific guidance on HIV was sent to police forces after feedback was received by Avon and Somerset.