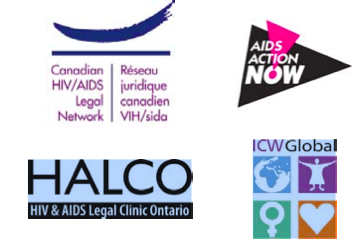 A court in Barrie, Ontario has found a woman, ‘JM’ not guilty of aggravated sexual assault for not disclosing her HIV status before her male partner performed oral sex on her.

The Barrie Advance reports that

Justice Gregory Mulligan… ruled [‘JM’] was not guilty of the same charge when a man performed oral sex on her in a public park, stating the chances of a man contracting the disease in that manner were so “miniscule” she wasn’t required to inform him.

“This is considered a low risk. There are no documented cases of HIV being transmitted in this way,” Mulligan said. “It is so low that it does not give rise to a risk of bodily harm.”

In his ruling, Mulligan relied on evidence from Dr. Irving Salit of the Toronto HIV Clinic who said the chances of a man contracting the disease by performing oral sex on a woman with a low viral load were the same “as having a piano fall on you while walking down the street”.

Dr. Salit also testified that it was nearly as unlikely for a man to get the disease if he had unprotected intercourse with a woman in [‘JM’]’s symptom-free condition. As well, clinical trials show using a condom to protect against HIV is of little benefit when a person has a low viral load.

It was the oral sex incident that led to [‘JM’] being arrested and having police put out a public notice looking for other men who may have had unprotected sex with her.

A group of HIV organizations, including the Canadian HIV/AIDS Legal Network and the International Community of Women with HIV/AIDS, issued a press release (available in full below) welcoming the verdict.

“She should never have had to fight the oral sex charge,” said Jessica Whitbread, Global Chair of the International Community of Women with HIV/AIDS. “We deplore the Crown’s insistence on prosecuting this charge despite what the science tells us about the risk of transmission in cases of oral sex.”

“Today’s decision sends an important message to Crown prosecutors who have tried to expand the scope of the criminal law on HIV non-disclosure: criminal prosecutions for oral sex are not warranted,” said Richard Elliott, Executive Director of the Canadian HIV/AIDS Legal Network.

However, ‘JM’ was nevertheless convicted of one count of aggravated sexual assault for not disclosing her HIV status before having unprotected vaginal sex, although at the time her viral load was undetectable (meaning the risk of transmission was close to zero).

As the press release chillingly reminds us, “she now faces potential jail time on charges similar to those faced by violent rapists.” Her sentencing is next week.

According to the Barrie Advance

Defence lawyer Angela McLeod expects “a battle” during the hearing because she has been told the Crown’s office is seeking a “multiple-year” penitentiary term, which could mean up to five years. “That’s outrageous,” McLeod said outside the court. “The men who going out trolling for prostitutes and not wearing condoms should be the ones going to jail.”

McLeod said she was somewhat perplexed by a finding of guilt because Justice Mulligan dismissed the oral sex charge based on scientific evidence but gave little weight to the same science for the intercourse charge. “I don’t understand it because he relied on the science for one charge but not the other,” McLeod said.

‘JM’ is only one of a handful of people in Canada who have been charged for HIV non-disclosure more than once. According to this 2012 article in The Toronto Star, in 2005, she was convicted of failing to disclose her HIV status to two soldiers from CFB Borden before they engaged in unprotected intercourse. She was sentenced to one year of house arrest. In 2007, she was charged again with aggravated sexual assault, accused of having unprotected sex with a man in Barrie, Ontario and not disclosing, although the charge was ultimately withdrawn by the Crown.

The case highlights the urgent need for prosecutorial guidelines in Canada. More than 1,000 supporters of the Ontario Working Group on Criminal Law and HIV Exposure (CLHE) have already called on the Ministry of the Attorney General of Ontario to consult with the HIV community as well as experts in HIV medicine and science when they put together their long-awaited prosecutorial guidelines later this year.

“We continue to press the Ministry to fulfill its promise and develop prosecutorial guidelines in accordance with science, international recommendations and the expertise of people living with HIV and their allies to put an end to unjust and harmful prosecutions against people living with HIV,” concludes Elliott.