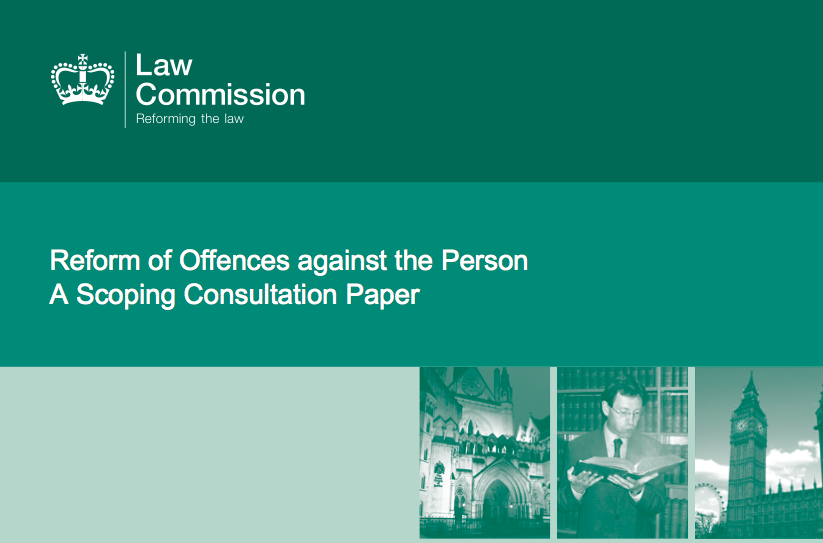 Today was the deadline for responses to the scoping consultation of the reform the Offences Against The Person Act, undertaken by the Law Commission.

This is the law in England and Wales that is currently used to prosecute people living with HIV (and occasionally other sexually transmitted infections; one each so far for gonorrhoea, hepatitis B and genital herpes) for ‘reckless’ or ‘intentional’ transmission, as grievous bodily harm.

The review is extremely thorough for a scoping exercise – i.e. this isn’t the full review, but a review of whether a full review is necessary!

It even spends quite some time highlighting some of the many reasons why overly broad HIV criminalisation is problematic including:

The paper then offers a ready-made solution, already prepared back in 1998: a draft bill that would make only intentional disease transmission a crime and reverse all the decisions in Dica and Konzani in 2003-5 that resulted in the current legal situation.

Nevertheless, it also suggests all kinds of possibilities, including creating a new law that would criminalise non-disclosure, or potential or perceived exposure, just to be balanced. Fortunately, it goes on to suggest that this isn’t necessarily the way forward, despite asking some rather pointed and misleading questions about such an approach in its consultation questions.

Below is full the response from the HIV Justice Network, noting that: