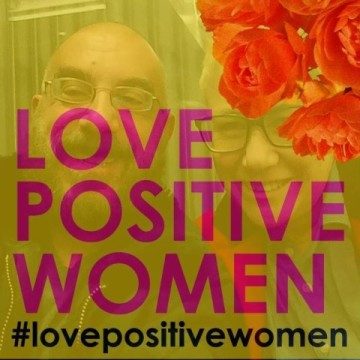 Let’s hear it for Positive Women!

This is a love letter from the HIV Justice Network to the more than 18,000,000 women living with HIV in the world today.

The HIV Justice Network exists to end the inappropriate use of the criminal law to regulate and punish people living with HIV. On this Valentine’s Day, we are thinking of the thousands of positive women in all of our diversity, inclusive of transgender women, who are currently incarcerated in jails, prisons, and detention centres.

We send love and support to all of the women living with HIV who have survived incarceration around the world. We highlight the reality that many positive women who are incarcerated around the world are criminalised because of punitive and discriminatory laws on sex work, drug use, LGBT relationships, domestic violence, and HIV status. These laws serve no public health benefit yet lock people away from their homes, families, and communities.

Women living with HIV are actively fighting for justice and against discriminatory legal systems. Positive women have often led the way in the struggle against HIV criminalisation. Among the many courageous and compassionate leaders in our movement:

We recognize Lillian Mworeko of Uganda and the International Community of Women (ICW), East Africa, for their unflagging media and legal advocacy to overturn discriminatory HIV laws in the Constitutional Court and to ensure that women living with HIV in Uganda can receive a fair trial.

We recognize Martha Tholonah and the women of ICW Zimbabwe for their advocacy in challenging the overly broad and discriminatory Zimbabwean criminal code on HIV exposure.

We recognize Clara Banya and the women of ICW Malawi for their loud insistence that breastfeeding while HIV positive is not a crime and we celebrate with them the positive court ruling in January 2017.

We recognize the courageous positive women of IWC Namibia who stood strong for the autonomy and sexual and reproductive health rights of women living with HIV and fought against sterilisation. We celebrate with them the positive court ruling won in 2014.

We recognize Marama Pala of INA Maori HIV/AIDS Foundation for her advocacy in New Zealand and globally to demonstrate that women’s legal empowerment develops through women’s solidarity and action rather than through a forced status as a victim by the courts.

We recognize Jessica Whitbread of ICW Global for her outspoken advocacy on behalf of positive women’s sexuality and against criminal justice proceedings in matters of intimate relationships.

In the U.S., we recognize Naina Khanna and the women of the US Positive Women’s Network for their participation in the legal challenge to HIV criminalisation in the State of California; Barb Cardell and Kari Hartel and the Colorado Mod Squad for their success in reforming Colorado HIV laws to better protect sex workers and transgender people living with HIV; and Tami Haught and Community HIV/Hepatitis Advocates of Iowa Network for their success in reforming Iowa HIV laws.

We ask everyone to take a quiet moment to send respect and appreciation to these accomplished and dedicated women.

We are you and you are us. Note: If you know a woman openly living with HIV to add to this honour roll, please let us know.

The HIV Justice Network is proud to support the the Love Positive Women campaign developed and led by International Community of Women Living with HIV (ICW), one of seven founding partners of HIV JUSTICE WORLDWIDE.